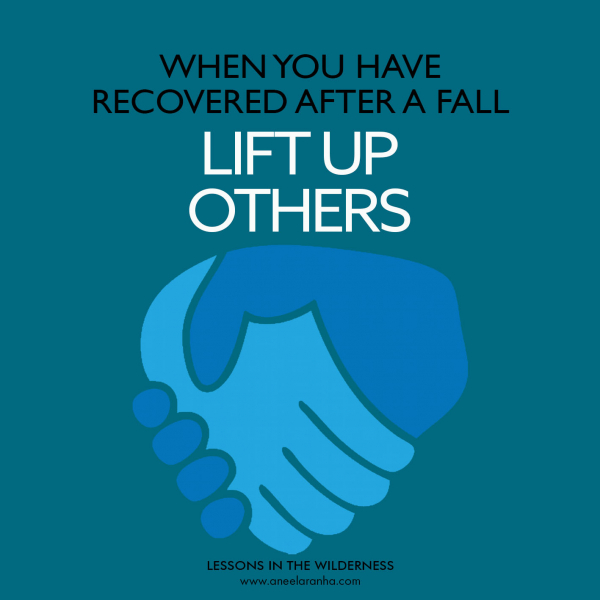 At one point or another in our faith journey, every true believer has told God that they would be obedient to his every command. We have assured him that we would follow him, no matter the cost. We have promised to be faithful and loyal and true. Chances are we messed up on every single front and immediately had the devil taunt us: “There is no hope for you! You will never be anything but a loser.”

Before we buy into his lie, it would help us to remember that almost every “hero” in the Bible messed up big time at least once. Some, like David and Samson, made a habit of it. Yet, look at them today. They’re among the superstars of the Bible! Why does God choose people who have failed him to lead his people? Aside from the obvious reason—if they can become heroes, so can we—there are a couple of other important reasons. Let us look at another hero who failed to discover them. He is Peter.

Shortly after the Last Supper, Jesus said to Peter, “Simon, Simon, Satan has asked to sift all of you as wheat.” Which essentially meant that the devil wanted to put Simon Peter to the test, and Jesus had agreed to it. Then Jesus made a prayer for Peter, but it was a strange one. He didn’t pray that Peter would pass the test; he prayed that Peter’s faith wouldn’t fail. Why didn’t he pray that Peter would succeed? Because sometimes more lessons can be learned from failing than from succeeding!

What lessons? Humility, for one. Compassion, for another. Peter was a tough guy. Or so he thought. He boasted the devil could test him all he wanted; he was not going to be shaken or stirred. He was ready to go with Jesus to jail or even death. Jesus told him that his boasting was hollow; Peter would deny him three times before the rooster crowed. We all know that’s exactly what happened. The third time Peter denied Jesus, the rooster crowed on cue. At that very moment, Jesus locked eyes with Peter. One can only imagine the shame Peter experienced at that moment as he broke down and wept like a baby. He had utterly failed his Lord (see Luke 22:31-62).

Did Peter feel like quitting after that? Probably. Failure can be a terrible thing to deal with. And he might have quit, except for one thing. He remembered Jesus’ great and unconditional love for him. This is what Jesus had prayed for: that Peter’s faith in his love would not fail. And, as Peter gradually got back to his feet, he understood that no matter how tough or resilient he believed he was, he could do nothing on his own strength. He could only do it with the grace of God. And he also realized that if he, the rock on whom Jesus said he would build his church, could fail, then so could anybody. This would make him compassionate to the failures of others.

This humility and compassion are what made Peter a shepherd in the likeness of Jesus. So, when we fail, it is to learn these two important lessons, without which we might become a self-righteous and condemning lot like the Pharisees of old. And when we rise up again, Jesus’ words to Peter also apply to us: “When you have turned back, strengthen your brothers!” (Luke 22:32).

Go on then. Please share this message and strengthen your brothers and sisters. Click one of the links below.