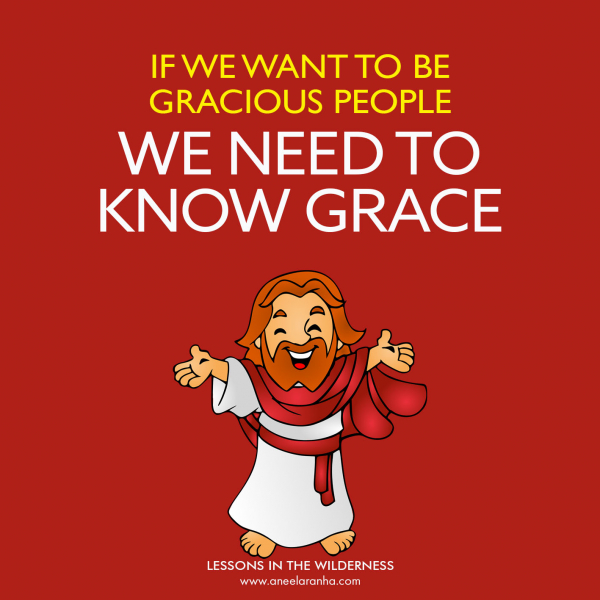 John Bradford was an English Reformer who lived in the 16th century. One day when he saw criminals led to their execution, he is said to have exclaimed, “There, but for the grace of God, go I.” He knew that were it not for divine grace, he could easily have been one of the criminals going to the gallows.

Divine grace is the unmerited favor that God bestows upon us, not because we have done anything to earn it, but simply because God wants us to have it out of his generosity. Imagine a beggar sitting by the side of the road, homeless and destitute, destined to die on the streets on which he lives. A king passes by and suddenly showers him with gold. The beggar didn’t do anything to deserve this sudden outpouring of treasure; the king just wanted to let him have a gift out of the generosity of his heart.

God is like that king, and we are like that beggar. We may want to lay claim upon many things, including salvation, but the fact of the matter is we cannot. Like that beggar, we are spiritual paupers, destined to die in our sin. We cannot do anything to earn salvation, but God gifted it to us in his infinite mercy. As Paul said: “For it is by grace you have been saved, through faith —and this is not from yourselves, it is the gift of God— not by works, so that no one can boast” (Ephesians 2:8-9).

Now, having been saved by grace so that none of us can boast, what makes us think that God will allow us to boast about our ongoing salvation? Therefore, if we can lead lives that are relatively “holy,” we can do this, too, only because of the grace of God. Consider a pencil that is held upright. If it remains standing, it is only because someone is holding it. The moment the person releases the pencil, it will fall. We are like a pencil held in God’s hands. If we can lead holy lives, it is only because God is holding us up with his grace.

If we can understand this—internalizing its truths and realizing that without God’s favor, we are miserable, pathetic, doomed creatures—we will become more sympathetic to the weaknesses and failings of others instead of being accusatory and condemning. We will become a *gracious* people because we have known and understood grace.

I want to leave you with Paul’s advice to the Colossians: “Therefore, as God’s chosen people, holy and dearly loved, clothe yourselves with compassion, kindness, humility, gentleness and patience. Bear with each other and forgive one another as the Lord forgave you. And over all these virtues put on love, which binds them all together in perfect unity” (Colossians 3:13-14).

Thank you for being gracious.