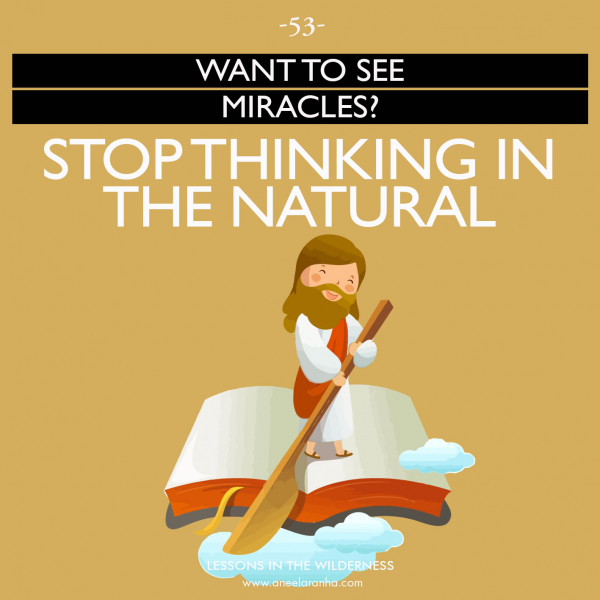 We love miracles, don’t we? We often seek them, especially when we face serious challenges. When we are very sick, traumatized by a rocky relationship, struggling to overcome an addiction, or trying frantically to keep our business afloat, we long for a miracle. We keep asking God for one, but it doesn’t seem to happen. Why not? Because we might need to step out in faith from the natural into the supernatural to experience it! Let me explain.

There was once an impoverished widow who lived with her son. There came a day when all she had left was a handful of flour and a little oil, enough to make one last meal. She decided she would make a couple of loaves of bread for herself and her son and then die. The prophet Elijah suddenly showed up at her doorstep and told her to give him a small loaf first! It was a crazy request, and the widow must have been shocked by it. However, she obeyed in faith. As a result, there was plenty of food thereafter for the woman and her boy! (see 1 Kings 17:7-24).

There are many stories in the Bible of prophets asking people to do some pretty bizarre things. Elisha, who succeeded Elijah, once told a general who suffered from leprosy to dip himself seven times in a muddy river. The general was understandably furious, but he was healed because he obeyed, although he had to be coaxed into it by one of his soldiers (see 2 Kings 5:1-19).

Jesus also made people do strange things at times. On one occasion, when the apostles needed to pay the tax, he sent them fishing! “Go to the lake and throw out your line,” he told them. “Take the first fish you catch; open its mouth and you will find a four-drachma coin” (see Matthew 17:27). What would you have done if somebody had given you such advice?

God may not always require us to do something to work a miracle, but there are instances when it can be a prerequisite. What would have happened if the widow hadn’t listened to Elijah, or Naaman had refused to obey Elisha, or the apostles had not followed Jesus’ instructions? God might still have done something to bail them out because he is gracious, but the miracle would have been delayed.

If you have been in the Wilderness for a long time, perhaps God is asking you to do something, dear friend. Through these reflections, he may have said something to you, asking you to forgive somebody, extend kindness to an enemy, or pray for the world. Or suggested something through somebody else who came your way. Or something he, himself, has whispered to your heart. Do what he asks without too much analysis, and receive your miracle!