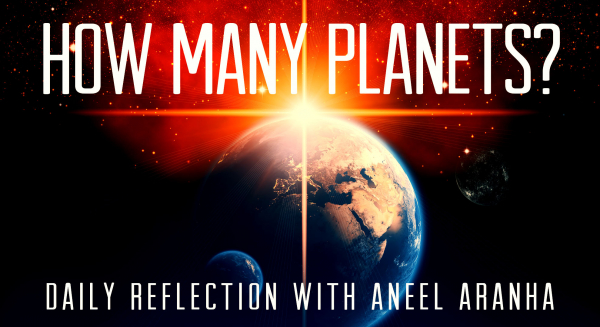 The Jews murmured about Jesus because he said, "I am the bread that came down from heaven, " and they said, "Is this not Jesus, the son of Joseph?  Do we not know his father and mother?  Then how can he say, 'I have come down from heaven'?"  Jesus answered and said to them, "Stop murmuring among yourselves. No one can come to me unless the Father who sent me draw him, and I will raise him on the last day.  It is written in the prophets: They shall all be taught by God. Everyone who listens to my Father and learns from him comes to me. Not that anyone has seen the Father except the one who is from God; he has seen the Father. Amen, amen, I say to you,whoever believes has eternal life. I am the bread of life. Your ancestors ate the manna in the desert, but they died; this is the bread that comes down from heaven so that one may eat it and not die.  I am the living bread that came down from heaven; whoever eats this bread will live forever; and the bread that I will give is my flesh for the life of the world."

Let me begin by asking you a question. How many planets are there in our solar system? Nine, did you say? Do you knew their names? Go on, give it a shot.  Mercury, Venus, Earth, Mars, Jupiter, Saturn, Uranus, Neptune — and? Pluto? In 2006, astronomers decided to call Pluto a “dwarf planet” reducing the list of “real planets” in our solar system to eight. But on January 20, 2016, scientists announced the discovery of a potential "Planet Nine" taking the number back to nine.

Now, do you believe this? Of course you do. As you do other things that you are taught in school, even though a lot of what we learn seems to be in a constant state of flux, depending on new information that becomes available with time. Or,  a new spin on old information. Consider gender for instance. When I was growing up you were a male or a female depending on your body parts, but today you can be a whole lot of things, and again, it seems like most people have no problem in believing these things.

When it comes to the things that God says, however, it is a different story altogether. Words inspired by the creator of the universe that extends far beyond the eight or nine planets that can be found in our solar system, are discounted, even though he knows more than the world’s greatest scientists. And advice from the creator of the human being, who knit us together in our mother’s womb and has an account of every hair on our heads, is disparaged as being nonsensical.

We are rational human beings - God has given us a mind for a reason - but it seems that we are rational about everything except about God. When it comes to him and what he says, we are irrational and unreasonable. Have you ever had a conversation about God with an atheist. For one who claims to be open minded, it is remarkable how close minded he really is. What is the result? We will become our own gods, deciding what is right and what is wrong, and ending up messing ourselves and the world we live in. Just look around you.

Jesus is the solution, and every single person I have ever encountered, who has put their faith in him, who has believed in his words, has a life that is infinitely better than what was before. Admittedly, the things that Jesus says sound a little daft, like some of the things we heard today, but that is only because his ways are not our ways and his thoughts are not our thoughts. But when we start to come closer to him, we will be taught these things by God, just as Jesus says we will be.

Let us listen to God and learn from him today. Not only will we have abundant life, we will have it for eternity.