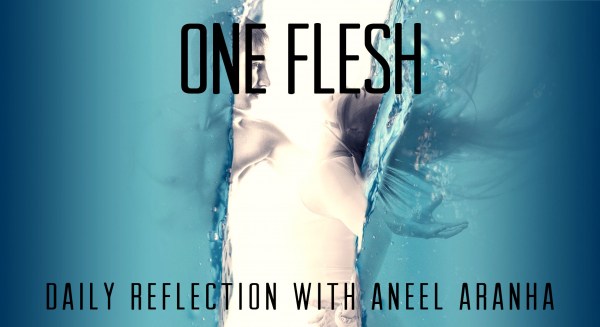 Some Pharisees came to him, and to test him they asked, “Is it lawful for a man to divorce his wife for any cause?” He answered, “Have you not read that the one who made them at the beginning ‘made them male and female,’ and said, ‘For this reason a man shall leave his father and mother and be joined to his wife, and the two shall become one flesh’? So they are no longer two, but one flesh. Therefore what God has joined together, let no one separate.” They said to him, “Why then did Moses command us to give a certificate of dismissal and to divorce her?” He said to them, “It was because you were so hard-hearted that Moses allowed you to divorce your wives, but from the beginning it was not so. And I say to you, whoever divorces his wife, except for unchastity, and marries another commits adultery.” His disciples said to him, “If such is the case of a man with his wife, it is better not to marry.” But he said to them, “Not everyone can accept this teaching, but only those to whom it is given. For there are eunuchs who have been so from birth, and there are eunuchs who have been made eunuchs by others, and there are eunuchs who have made themselves eunuchs for the sake of the kingdom of heaven. Let anyone accept this who can.”

To die to the self is not the death of self. Rather it is to set aside our desire to satisfy our own needs and focus on on God and on others. This expands our hearts so that we can become truly loving people in the likeness of Christ. For the married person this becomes even more important, because as Scripture says, “a man leaves his father and mother and is united to his wife, and they become one flesh.” That is Genesis 2:24, and we find Jesus quoting it here.