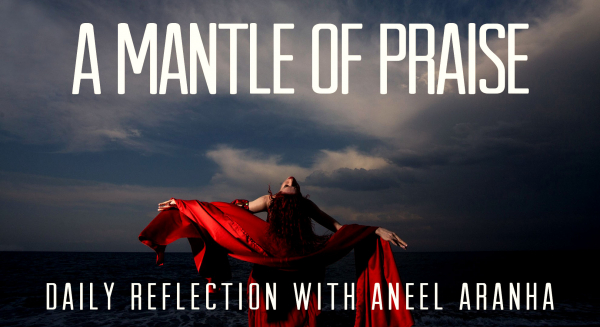 When he came to Nazareth, where he had been brought up, he went to the synagogue on the sabbath day, as was his custom. He stood up to read, and the scroll of the prophet Isaiah was given to him. He unrolled the scroll and found the place where it was written: “The Spirit of the Lord is upon me, because he has anointed me to bring good news to the poor.  He has sent me to proclaim release to the captives and recovery of sight to the blind, to let the oppressed go free, to proclaim the year of the Lord’s favor.” And he rolled up the scroll, gave it back to the attendant, and sat down. The eyes of all in the synagogue were fixed on him. Then he began to say to them, “Today this scripture has been fulfilled in your hearing.”

Jesus read from the book of Isaiah, where the prophet wrote—let me quote it exactly as it was written—The spirit of the Lord God is upon me, because the Lord has anointed me; he has sent me to bring good news to the oppressed, to bind up the brokenhearted, to proclaim liberty to the captives, and release to the prisoners; to proclaim the year of the Lord’s favor.

I want to read what follows, because it has deep relevance to our lives. “to comfort all who mourn; to provide for those who mourn in Zion—to give them a garland instead of ashes, the oil of gladness instead of mourning, the mantle of praise instead of a faint spirit.” All that is from Isaiah 61. After Jesus was done reading it, or part of it, he rolled up the scroll, handed it back to the attendant, and said, “Today this scripture has been fulfilled in your hearing.”

To say something “is fulfilled” means it has already been done. The person they were all waiting for; the one who would proclaim good news, heal the brokenhearted, give freedom to prisoners and release them from darkness; the person who would comfort all who mourned and grieved; that person had come. Three years later, as he hung on the cross on Calvary, Jesus said, “It is finished” (John 19:30).

How do we put on a ‘mantle of praise’? It’s really simple. Open your mouth and start praising God! If you are not used to it, you might feel a little idiotic at first, but would you rather be depressed and dejected? And as you praise God you will soon find that this faint spirit—this spirit of despair (notice Scripture calls it a SPIRIT of despair)—flees, leaving you joyful again. And free. If you want a real life story of how powerful praise can be read Acts 16!

So, are you depressed, dejected, or despondent now? Open your mouth and start praising God loudly for a few minutes. And see how you start to feel!