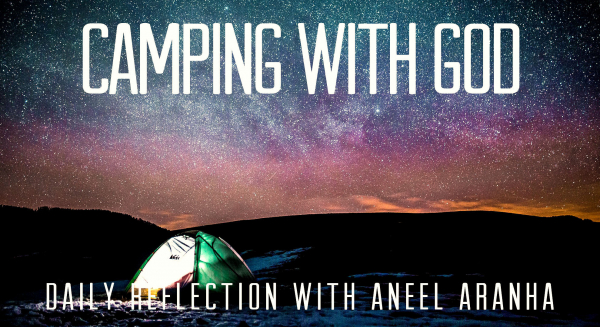 In the fifteenth year of the reign of Tiberius Caesar—when Pontius Pilate was governor of Judea, Herod tetrarch of Galilee, his brother Philip tetrarch of Iturea and Traconitis, and Lysanias tetrarch of Abilene— during the high-priesthood of Annas and Caiaphas, the word of God came to John son of Zechariah in the wilderness. He went into all the country around the Jordan, preaching a baptism of repentance for the forgiveness of sins. As it is written in the book of the words of Isaiah the prophet: “A voice of one calling in the wilderness, ‘Prepare the way for the Lord, make straight paths for him. Every valley shall be filled in, every mountain and hill made low. The crooked roads shall become straight, the rough ways smooth. And all people will see God’s salvation.’”

That was a mouthful of names, but reading about them and their positions got me thinking about why they were included in this passage introducing John the Baptist. They were a veritable Who’s Who of important people of their time: Tiberius Caesar: emperor. Pontius Pilate: governor. Herod, Philip, Lysanius: all rulers. Annas and Caiaphas: high priests.

It was a powerful revelation because if one wants to see the face of God or hear his voice, one has to move away from the noise that surrounds us into the quiet of the wilderness. And I am not talking about the noise of traffic, which seems to be everywhere, but about the noise of life. Things that keep vying for attention. And there are so many of them.

This wilderness need not be the desert that John the Baptist went into. It is any place of solitude where you can seek God without distractions. This is why Jesus advised, “But when you pray, go into your room, close the door” (Matthew 6:6). He is speaking metaphorically about closing the door, saying we need to shut the world out, at least for a little while.

Jesus, himself, constantly shut the door to the world, disappearing into the hills or the beaches, looking to speak to his Father. We also need to do that. If you can go away for a while, desiring nothing more than seeking to hear God, I believe that God will speak to you. And if you can do what John the Baptist did, seeking God to the exclusion of everything else, then I think his word will come to you powerfully too.