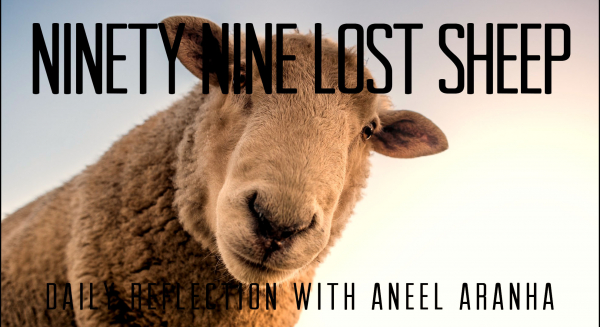 Jesus said: “What do you think? If a man owns a hundred sheep, and one of them wanders away, will he not leave the ninety-nine on the hills and go to look for the one that wandered off? And if he finds it, truly I tell you, he is happier about that one sheep than about the ninety-nine that did not wander off. In the same way your Father in heaven is not willing that any of these little ones should perish.”

Doesn't it seem to you that there is something wrong with the shepherds of today? For every hundred sheep, ninety-nine are lost, but instead of going in search of them, they fight for possession over the one poor sheep that is still with them. And you look around you, and you can see the truth of that.

Take India, for instance. The nation's population is currently estimated at 1.35 billion, with Christians at a low 2.3%. But who are the sheep that concern us? Usually, baptized believers belonging to another denomination. And why would anybody do this? To increase a church's numbers because it is far easier to talk about salvation to a Christian than to a non-Christian.

And even within a particular denomination, there is still a fight by various groups for control—I use the word with deliberation—over those in the church, instead of seeking out the hundreds who have left the church in the droves. And part of the reason they left in such great numbers is BECAUSE of this fight for domination. It is not only disgusting, but it is also scary, and people would rather be away from this.

It is good to remind ourselves of what Jesus said. "I have come to call not the righteous but sinners to repentance," (Luke 5:32). Because, as Jesus said on another occasion, "Those who are well have no need of a physician, but those who are sick" (Mark 2:17).  If we only realize this truth, we will put aside our differences and work together unitedly to reach out to the lost.

This ministry hopes to reach out to the lost in a big way in the coming year - to those we don't find in church but those leading difficult and seemingly hopeless lives. To people you would find in red light areas, in pubs, in drug dens, because you know what? These are the people that Jesus came for, and although it will be a rough slog, we believe it will make God happy.

Please pray for us. And if you would like to join us in our outreaches, drop me a note.