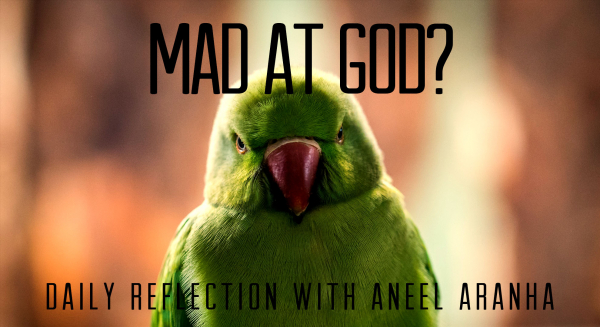 In the sixth month of Elizabeth’s pregnancy, God sent the angel Gabriel to Nazareth, a town in Galilee, to a virgin pledged to be married to a man named Joseph, a descendant of David. The virgin’s name was Mary. The angel went to her and said, “Greetings, you who are highly favored! The Lord is with you.” Mary was greatly troubled at his words and wondered what kind of greeting this might be. But the angel said to her, “Do not be afraid, Mary; you have found favor with God. You will conceive and give birth to a son, and you are to call him Jesus. He will be great and will be called the Son of the Most High. The Lord God will give him the throne of his father David, and he will reign over Jacob’s descendants forever; his kingdom will never end.” “How will this be,” Mary asked the angel, “since I am a virgin?” The angel answered, “The Holy Spirit will come on you, and the power of the Most High will overshadow you. So the holy one to be born will be called the Son of God. Even Elizabeth your relative is going to have a child in her old age, and she who was said to be unable to conceive is in her sixth month. For no word from God will ever fail.” “I am the Lord’s servant,” Mary answered. “May your word to me be fulfilled.” Then the angel left her.

There are many things I like about my faith. Ranking in the top five, if not the top three, is that nothing is impossible for those who believe. We see evidence of that in today’s story, as well as the one we read yesterday. In one, a barren old woman becomes pregnant with somebody who will be a remarkable prophet; in the other, a young girl conceives by the Holy Spirit, and he would be the savior of humankind. Wow! Don’t you think?

Now, very often, we believe that miracles are what happens to other people. We go to healing services and revival meetings, and we see people claim to be healed of all kinds of ailments, but we walk out just as we walked in. We wonder if God might not be partial to some people, or more often, wonder why he doesn’t like us enough. And then we get mad at him.

There is a good chance that the priest Zechariah, whom the angel visited before he visited Mary, was angry with God. Yes, I know that Scripture says that “both of them—Zechariah and his wife, Elizabeth—were righteous people, living blamelessly according to all the commandments and regulations of the Lord” (cf. Luke 1:6). But after years of praying for a child and not getting one, I wonder if Zechariah might not have become a little bitter.

I have seen this happen so often to people over the years. Devout people believe they need to be on God’s privileged list; after all, they are honoring him with their precious time! But they don’t seem to be favored. In fact, those who thumb their noses at God seem to have it far better than they do. There is, consequently, anger. There is resentment. There is bitterness. And even though they continue to honor God, it is more because of a force of habit (or perhaps fear) than a desire to honor him.

I have the odd feeling that this is what had happened to Zechariah. It would help to explain his rather strange reactions. Now, what do we do if this describes us? Trust God. Zechariah expected his prayer to be answered in his time. God, however, has his own time for everything. And if we trust that, we will trust God more. And then I believe we will start seeing fabulous things.

As for being mad at God, just tell him that you are angry with him the next time you speak to him. He knows, anyway. And you’ll feel better. Trust me.