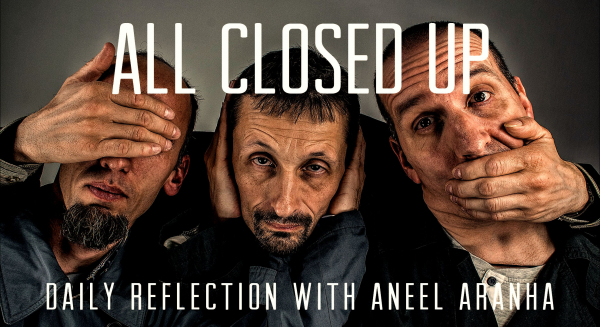 Jesus said: “To what can I compare this generation? They are like children sitting in the marketplaces and calling out to others: “‘We played the pipe for you, and you did not dance; we sang a dirge, and you did not mourn.’ For John came neither eating nor drinking, and they say, ‘He has a demon.’ The Son of Man came eating and drinking, and they say, ‘Here is a glutton and a drunkard, a friend of tax collectors and sinners.’ But wisdom is proved right by her deeds.”

I have been teaching and preaching for nearly twenty years now, and I have discovered that some people are very often unteachable. They are so locked into their ideologies, they are not open to the truth (even though they claim to be open-minded). And they find a reason to scorn anything presented to them, often without any recourse to logic. That's what Jesus is talking about here in this statement that seems like a riddle: "We played the flute for you, and you did not dance; we wailed, and you did not mourn."

Children are playing in the marketplace. A few begin to play wedding music, but the others shout back, "No. We don't want to dance today." So the group plays funeral music, but the others shout, "No. We don't want to act sad today." They are fault-finders who cannot be pleased. John the Baptist appeared on the horizon leading an austere life, inviting people to repent, and people said he had a demon. Then Jesus appeared, inviting people to join him in celebrating the kingdom of God that was at hand, and they accused him of being a glutton and drunkard.

We find the same thing happening today. We are selective about what we hear, hearing only what we want to hear. And when we don't hear what we want to hear,  not only do we close our hearts to the message of God, we sit on the sidelines hurling invectives at those who proclaim his message, finding fault with them. Just like the scribes and Pharisees of Jesus' time who accuse John of being possessed and Jesus of messianic pretense.

But Jesus says that "wisdom is vindicated by her deeds." Elsewhere he says that a "tree is known by its fruit" (see Luke 6:43-45). Or, if you prefer a more modern phrase, "the proof is in the pudding." Although the scribes and Pharisees aren't there to see it, the ministries of John and Jesus are still impacting the world, while the former are a mere footnote in history.

Our age is marked by apathy, cynicism, and contempt for the ways of heaven, even more than in the time of Jesus. And this contempt can be seen in everything today, from literature and film to social media and politics. Only humility can open our hearts to God and his plan of salvation. Otherwise, we are doomed. But it takes humility to understand that.

And wisdom. This will be vindicated by her deeds.