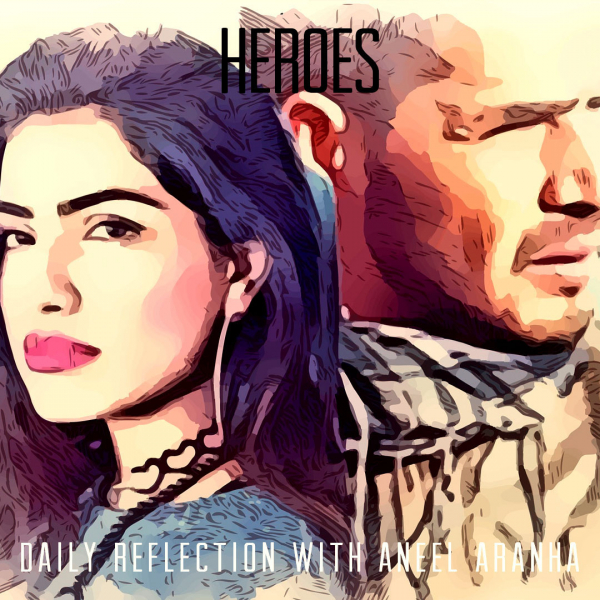 As they were coming down the mountain, Jesus instructed them, “Don’t tell anyone what you have seen, until the Son of Man has been raised from the dead.” The disciples asked him, “Why then do the teachers of the law say that Elijah must come first?” Jesus replied, “To be sure, Elijah comes and will restore all things. But I tell you, Elijah has already come, and they did not recognize him, but have done to him everything they wished. In the same way the Son of Man is going to suffer at their hands.” Then the disciples understood that he was talking to them about John the Baptist.

Have you watched the movie, “The Lord of the Rings”? It’s a spectacular adventure story where a timid hobbit called Frodo Baggins is tasked to destroy a ring of great power that will take down the Dark Lord Sauron. In his quest, Frodo Baggins faces many obstacles, including goblins and orcs, but he also makes a lot of friends who help him along the way?

How does the movie end? With the destruction of the ring, of course, so the question is: why would you watch a nine-hour-long movie for a conclusion that you already know? Because it is enjoyable following the adventures of Frodo Baggins, sharing the thrills and chills of his journey because typically, we would be Frodo Baggins when watching the film.

But what has all this to do with us? Quite a lot, actually. See, we are also on a journey called life, and although we also know how it ends, we can make this an adventure instead of the terrible thing it seems to be for many of us. We struggle, as Frodo did, against the forces of darkness, but we can also make a lot of friends along the way, like-minded people who will support us as we go along (even as we support them).

The world needs heroes today, men and women of integrity and boldness. People like Peter and James and John did. They led pretty amazing lives, beginning from the time Jesus called them. And as they moved with him, they had some pretty amazing experiences. I can’t even begin to imagine how special they felt to be with Jesus, Moses, and Elijah on the Mount of Transfiguration. These experiences strengthened them and empowered them to become heroes.

We can envy people like them or understand that we are no different. We can be heroes too. Jesus has called us to follow him just as he did these three men. He gives us experiences of his power and grace to strengthen us, and he empowers us with his Holy Spirit. We can walk with courage and boldness.