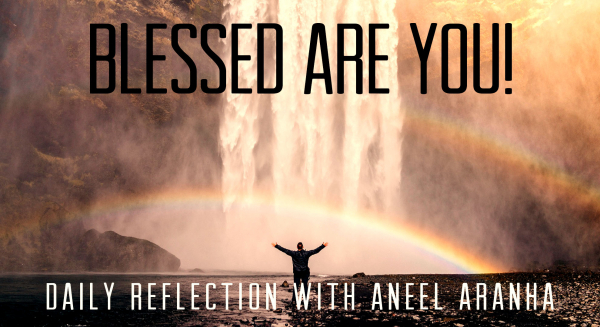 At that time Mary got ready and hurried to a town in the hill country of Judea, where she entered Zechariah’s home and greeted Elizabeth. When Elizabeth heard Mary’s greeting, the baby leaped in her womb, and Elizabeth was filled with the Holy Spirit. In a loud voice she exclaimed: “Blessed are you among women, and blessed is the child you will bear! But why am I so favored, that the mother of my Lord should come to me? As soon as the sound of your greeting reached my ears, the baby in my womb leaped for joy. Blessed is she who has believed that the Lord would fulfill his promises to her!”

Luke begins his gospel by introducing four characters—Zechariah, Elizabeth, Mary, and Joseph. Their individual stories are fascinating, as is their interaction with each other as their paths crisscross, linked by their own destinies and of their two sons: Jesus and John. Immediately after this, she goes "with haste" to her house, and not only does Elizabeth greet her warmly, she does so with honor.

Scripture doesn't say much about any shame that Mary went through because of her unorthodox pregnancy, but there surely would have been whispers, and they would have reached Elizabeth's ears. However, Elizabeth, quite familiar with shame, having gone through years of barrenness and the scorn of people around her, greets her with open arms, showing that she believed Mary's story, something that took divine intervention for Joseph to digest.

It could have been so easy for her to pour scorn upon the young child. Why would she do that? Because of jealousy, of course. Elizabeth, too, was blessed among women, given the gift of a baby by God in her old age. We tend to be resentful when we find out that there might be others who are blessed in greater measure than we seem to be, but there was only joy in Elizabeth's greeting.

"Blessed are you among women, and blessed is the fruit of your womb," she cries. This is both a blessing and a prophecy, and I am sure she must have contrasted Mary's response to the angel with her husband's. While Zechariah, a high priest of God, was skeptical when the angel told him he would have a son, Mary, a simple peasant girl, merely asked for an explanation of what would happen to her and then consented willingly.

I invite you to reflect upon Elizabeth's words and actions today because we also should be filled with joy whenever we come across a bearer of good news. Keeping aside jealousy and resentment, we should acknowledge people as being blessed, thank them for being blessings to us, and bless them with everything good.