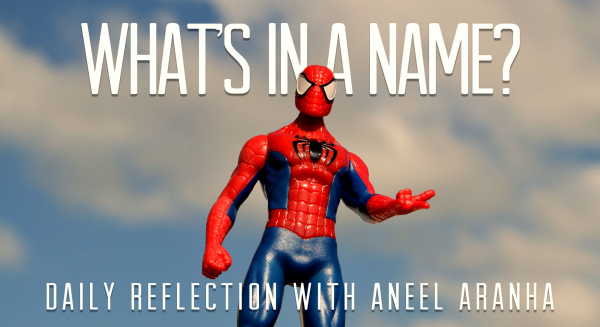 When it was time for Elizabeth to have her baby, she gave birth to a son. Her neighbors and relatives heard that the Lord had shown her great mercy, and they shared her joy. On the eighth day they came to circumcise the child, and they were going to name him after his father Zechariah, but his mother spoke up and said, “No! He is to be called John.” They said to her, “There is no one among your relatives who has that name.” Then they made signs to his father, to find out what he would like to name the child. He asked for a writing tablet, and to everyone’s astonishment he wrote, “His name is John.” Immediately his mouth was opened and his tongue set free, and he began to speak, praising God. All the neighbors were filled with awe, and throughout the hill country of Judea people were talking about all these things. Everyone who heard this wondered about it, asking, “What then is this child going to be?” For the Lord’s hand was with him.

Before Covid hit us like a thunderbolt, I went to Brazil on a mission. It's a Portuguese-speaking country, and since my surname, Aranha, translates as Spider in the language, folks started calling me SpiderMan. Well, it doesn't hurt to be named after a Super Hero, especially a web-slinger, because in a way, I was spinning webs—albeit for God. And by the end of the mission, they were a few thousand caught in it, so that was pretty good going, I thought. Now, why am I talking about this? Because names are important in Scripture.

God sometimes changes the name of a person. Abram became Abraham, Sarai became Sarah, and Jacob became Israel. At other times, God named the child before they were born, as in the case of both Jesus and John. But what is curious about John is the attention given to the child's naming. The angel tells Zechariah to name him John (Luke 1:13), and then when the baby is born, the family argues about his name. There were so many things Luke could have spoken about; why this?

There are a few reasons I can think of, and it may be nice to reflect upon them today. One, Zechariah was a priest and naming a child after the father implied that he would succeed him in his profession. Two, the name of a child might not seem like a big deal, but it is, and perhaps we should take a little more care when we name our kids. Three, obedience to God is very important, even in small things, and both Elizabeth and her husband were obedient about this.

Four, opposition should not daunt us from sticking to our guns. Their relatives raised an outcry about the choice of name, but the parents were steadfast about what they wanted. For some reason, people always believe they know better than us and seem determined we do as they say. If we are close to God, we should always heed his voice and not give in to pressure.

The people will not like it. Elizabeth's neighbors and relatives did not like that their choice was vetoed so firmly by the couple and probably would have left in a huff. But then something amazing happened. Zechariah, who had been struck dumb since he met the angel, started to speak. Scripture says that "fear came over all their neighbors. And all of them pondered, "What then will this child become?" (cf. Luke 1:65-66) They would soon find out.

So, what's in a name? Plenty, as it turned out.