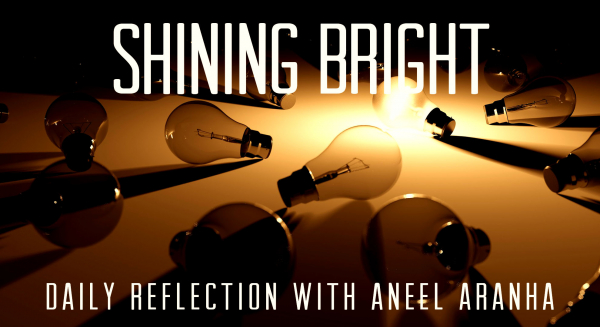 A few years ago, I went to a little place a few miles off Coimbatore in India to make a retreat. It was the rainy season, and there would be power outages caused by short circuits or a tree coming down on electrical cables. For a while, I’d be in total darkness until I lit a candle or two, but although these were enough to brighten up the place a bit, they weren’t enough to really illuminate it, and I had to be careful walking about because the visibility was poor.

So, what’s the point of the story? We need light to see clearly. We need it every more to move around; otherwise, we risk stumbling and falling. Today, although we have electricity globally, which stays on, for the most part, there is another kind of darkness that saturates the world: spiritual darkness. And one of the reasons we are so lost is simply because most of us cannot see.

After his death and resurrection, he ascended into heaven, but he remains here with us, in the heart of every believer. And, as a result, we become like little lights, and the closer we are to Jesus, the brighter we burn. The world needs this light, and we are it. We are fast approaching the end of the year. We may not have shone very brightly, but that’s done. A new year begins next week, giving us opportunities to start over.

Let me leave you with the words of Jesus: “You are the light of the world. A town built on a hill cannot be hidden. Neither do people light a lamp and put it under a bowl. Instead they put it on its stand, and it gives light to everyone in the house. In the same way, let your light shine before others, that they may see your good deeds and glorify your Father in heaven” (Matthew 5:14-16).