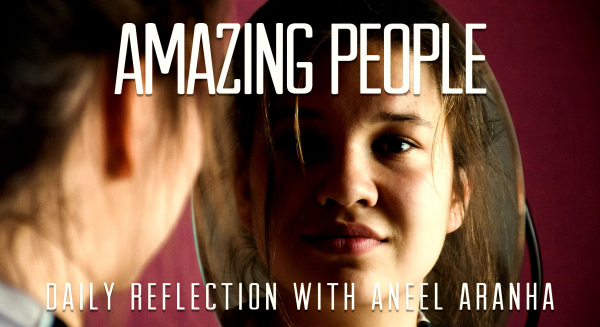 This is one of those epic passages where we can take every line — nay, every phrase— and write a reflection on it. However, since today is Christmas Day, I thought I’d talk about a verse that I’ve probably quoted more than any other in the past two years and make this day extra special. It’s this one: “To all who received him, who believed in his name, he gave power to become children of God, who were born, not of blood or of the will of the flesh or of the will of man, but of God” (John 1:12).

Those who receive Christ and believe in him become children of God. I know we keep saying that we are children of God, but I don’t think we have taken the time to internalize what that really means, and today might be a good day to do this. Consider the words of Paul. He said, “The Spirit himself testifies with our spirit that we are God’s children. Now if we are children, then we are heirs —heirs of God and co-heirs with Christ” (Romans 8:16).

Heirs of God! To be an heir is to be an inheritor. What belongs to a father belongs to his children. Consequently, what belongs to God the Father, belongs to us. We might be adopted children, but adopted children have the same rights as natural-born children, and Paul takes away any confusion by calling us co-heirs with Christ. And this has been the theme since the beginning of creation when God says we are made in his image and likeness.

That means we are pretty amazing people, yes? Yet how many of us believe that? The tragedy of Christians is that we think less of ourselves than God thinks of us. What do you see when you look into the mirror? Chances are you see somebody less than wonderful. You think your nose is too small, or your ears are too broad, or your skin color is too dark, or you are not smart enough, or tall enough, or whatever — you will find something to put yourself down.

You are actually in good company. Even Moses thought he was a useless guy who couldn’t talk, which made God chew him out. “Who gave human beings their mouths?” he thundered. “Who makes them deaf or mute? Who gives them sight or makes them blind? Is it not I, the Lord?” (Exodus 4:11). The unanswered question is: “Do you think I make junk?” Do you want to answer that? Do you think God makes junk? So, the next time you look at yourself in the mirror, please see somebody amazing.

Because you are amazing and don’t let anybody tell you otherwise. Merry Christmas!