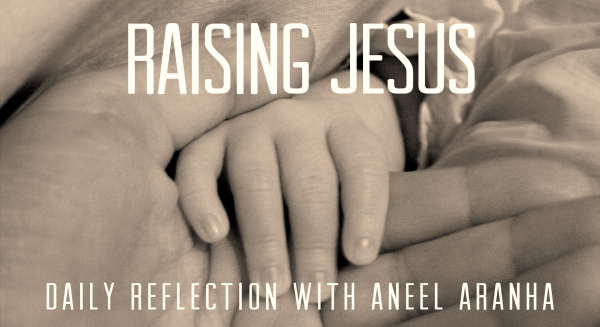 Every year Jesus’ parents went to Jerusalem for the Festival of the Passover. When he was twelve years old, they went up to the festival, according to the custom. After the festival was over, while his parents were returning home, the boy Jesus stayed behind in Jerusalem, but they were unaware of it. Thinking he was in their company, they traveled on for a day. Then they began looking for him among their relatives and friends. When they did not find him, they went back to Jerusalem to look for him. After three days they found him in the temple courts, sitting among the teachers, listening to them and asking them questions. Everyone who heard him was amazed at his understanding and his answers. When his parents saw him, they were astonished. His mother said to him, “Son, why have you treated us like this? Your father and I have been anxiously searching for you.” “Why were you searching for me?” he asked. “Didn’t you know I had to be in my Father’s house?” But they did not understand what he was saying to them. Then he went down to Nazareth with them and was obedient to them. But his mother treasured all these things in her heart. And Jesus grew in wisdom and stature, and in favor with God and man.

I would have liked to have met the adult Jesus. I would have loved to meet the boy Jesus. He was quite obviously very different from all the kids around him. You can get away with that as an adult, especially if you have a strong personality which Jesus had. But being different from others when you are a child is another thing altogether. Children can be insensitive to someone they perceive as different from them. And it would have been fascinating to know how he dealt with them.

I also would have been very curious to know how he thought. From this passage that we just read, he was obviously precocious. In a society where children were told they should be seen and not heard, for him to be having a discourse with elders, and teachers at that, suggests a sense of immense confidence and a curious and sharp mind. What went on in it? Did he know who he was? Did he know the entire game plan then?

We hear him tell his mother, “Why were you searching for me? Did you not know that I must be in my Father’s house?” If he was my kid, that response might have cost him a severe rebuke (at the very least!), but we see that even from a young age, Jesus said it like it was. He never minced words; he was never diplomatic. But in his response, we can see he knew who he was. How? Perhaps his mother told him, which makes his answer less disrespectful than it might appear.

As in, “ You know who I am, mum! You told me so yourself! So, what more natural place for me to be than in this place.” And I can imagine her thinking, “Yes, silly boy! But you could have told us you were gonna be discussing philosophy with the temple priests!” Anyway, Scripture says he went down with them and was obedient to them, which meant that going on, he did tell them if he was going to do his “precocious kid” bit again.

What can we learn from this? A few days ago, I spoke about how blessed Mary was to have a set of God-fearing and God-loving parents who brought her upright (see The Blessed). This led to her bringing Jesus upright. Which probably meant a lot of time spent with him. Today we hardly spend time with our children; if it’s not picking them off to school, it’s passing them on to the football coach, or the music trainer, or the ballet teacher.

It might be too late for those of us who have grown-up children, but if you’re about to give birth, or have a little child, try to raise them like Mary raised Jesus.