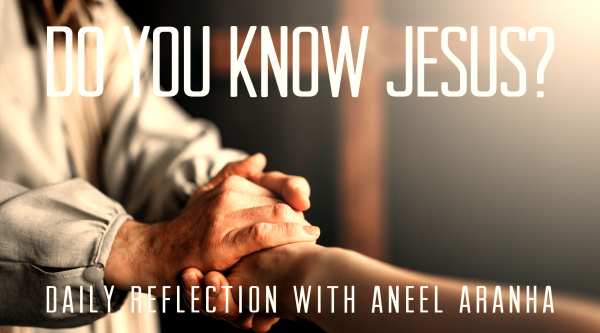 There was also a prophet, Anna, the daughter of Penuel, of the tribe of Asher. She was very old; she had lived with her husband seven years after her marriage, and then was a widow until she was eighty-four. She never left the temple but worshiped night and day, fasting and praying. Coming up to them at that very moment, she gave thanks to God and spoke about the child to all who were looking forward to the redemption of Jerusalem. When Joseph and Mary had done everything required by the Law of the Lord, they returned to Galilee to their own town of Nazareth. And the child grew and became strong; he was filled with wisdom, and the grace of God was on him.

Over the past couple of days, we have reflected upon Jesus taken to the temple for consecration. One of the people who came to visit him was Simeon, whom Scripture describes as “righteous and devout,” with “the Holy Spirit on him” (see Luke 2:25). Moved by the Spirit, he went into the temple courts when Jesus was brought in and took the child in his arms. “My eyes have seen your salvation,” he said, in recognition of who Jesus was — the savior of the world! Amazing, yes?

No sooner did he leave, another person came in. She was Anna, an 84-year-old widow. She was a prophetess who practically lived in the temple, worshipping God day and night. She began to praise God as she beheld the child, telling everyone that he was the redemption of Jerusalem. She, too, recognized who Jesus was. Again, amazing, yes? Now here’s a question that will really amaze you. Where were the religious leaders — the high priest and his priests, the Sanhedrin, the Pharisees, and the scribes? Why were they not there to receive the long-awaited Messiah?

The simple answer is that they didn’t know that the Messiah was in their midst? Which leads to another question? How could they not know? If Simeon and Anna could know, how couldn’t they? The answer to this lies in the descriptions of Simeon and Anna that we just read. They were both godly people who worshipped God in Spirit and in truth — although they may not have described the way they worshiped in these words. They had a connection with God based on a real relationship with him, not just a theoretical knowledge that came from studying about him.

This is a very real danger that we face even today. Learning about God through seminars, retreats, theological study, courses, and religious programs is not a bad thing. However, it becomes an excellent thing to use them to develop a relationship with God or enhance an existing relationship with him. Without this, all the “education” we get is only “knowledge.” This only serves to make us believe we know something when in truth, we don’t. See, knowing ABOUT a person is not the same thing as KNOWING the person.

We need to know Christ. So let us ask the Holy Spirit to reveal him to us. Just like he did with Simeon and Anna.