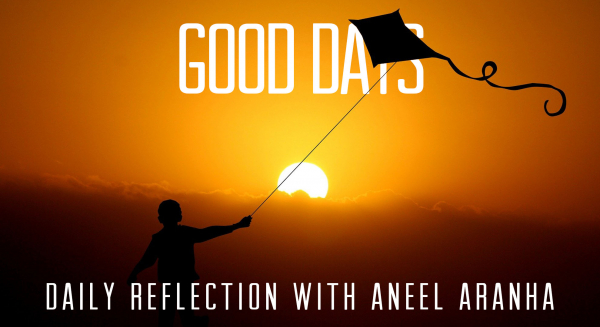 And here we come to the end of another year. How quickly the years pass, especially as you grow older. Never mind. How was it for you? Undoubtedly, like everyone else, you had your good days, and you had your bad days. For those reading these reflections regularly or spending time reading the Bible, I believe there were more good days than bad. Why? Because our faith has increased. As Paul says, "Faith comes from hearing the message, and the message is heard through the word about Christ" (Romans 10:17).

And faith leads to some pretty great living. First, it brings salvation. As Jesus said, "Anyone who hears my word and believes him who sent me has eternal life, and does not come under judgment, but has passed from death to life" (John 5:24). This "new life" contains everything we need to lead the life of abundance that Christ has promised us (see John 10:10). The new life includes healing, prosperity, peace, love, joy (1 Peter 1:8).

Faith also brings answers to prayers. The more we hear about our Lord, the more we trust him. Eventually, this faith translates into miracles. Jesus said, "Truly I tell you, if you say to this mountain, 'Be taken up and thrown into the sea,' and if you do not doubt in your heart, but believe that what you say will come to pass, it will be done for you. So I tell you, whatever you ask for in prayer, believe that you have received it, and it will be yours" (Mark 11:23-24). All this leads to good days!

As we enter a new year, I have a lot of new things in store for you, including videos of the ongoing Lessons in the Wilderness series. I will also be introducing a new series titled "Identity," where we will discover who we are in Christ and how to live in the newness of life I spoke about today. So stay tuned on Facebook and YouTube.

Have a blessed end to this year. Stay safe. And stay God's.