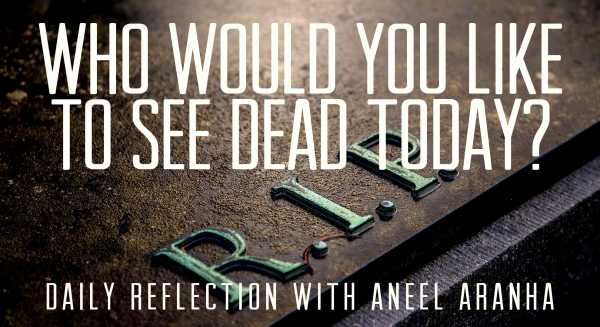 While they were listening to this, he went on to tell them a parable, because he was near Jerusalem and the people thought that the kingdom of God was going to appear at once. He said: “A man of noble birth went to a distant country to have himself appointed king and then to return. So he called ten of his servants and gave them ten minas. ‘Put this money to work,’ he said, ‘until I come back.’ “But his subjects hated him and sent a delegation after him to say, ‘We don’t want this man to be our king.’ “He was made king, however, and returned home. Then he sent for the servants to whom he had given the money, in order to find out what they had gained with it. “The first one came and said, ‘Sir, your mina has earned ten more.’ “‘Well done, my good servant!’ his master replied. ‘Because you have been trustworthy in a very small matter, take charge of ten cities.’ “The second came and said, ‘Sir, your mina has earned five more.’ “His master answered, ‘You take charge of five cities.’ “Then another servant came and said, ‘Sir, here is your mina; I have kept it laid away in a piece of cloth. I was afraid of you, because you are a hard man. You take out what you did not put in and reap what you did not sow.’ “His master replied, ‘I will judge you by your own words, you wicked servant! You knew, did you, that I am a hard man, taking out what I did not put in, and reaping what I did not sow? Why then didn’t you put my money on deposit, so that when I came back, I could have collected it with interest?’ “Then he said to those standing by, ‘Take his mina away from him and give it to the one who has ten minas.’ “‘Sir,’ they said, ‘he already has ten!’ “He replied, ‘I tell you that to everyone who has, more will be given, but as for the one who has nothing, even what they have will be taken away. But those enemies of mine who did not want me to be king over them—bring them here and kill them in front of me.’”

We often reflect upon the return of Jesus and the need to use our gifts wisely because God will call us to account for them. Therefore, I would like to look at something else in this parable that often escapes our notice: the attitude of the citizens towards a particular nobleman. They hated him. Why?

Scripture doesn't tell us that he was an evil man, so there is a good chance that the reason for their hatred was simply jealousy. He was a nobleman; they were not. Jealousy is an ugly and dangerous emotion and often gets people to do the vilest things imaginable. We see plenty of evidence of this in Scripture.

Saul provides an example of personal jealousy. He loved David, whom he considered his protege until he heard his people singing: "Saul has killed his thousands, and David his ten thousands" (1 Samuel 18:7). From that moment onwards, Saul made it his life's mission to kill David, and this ended only when Saul's own life ended.

Then there is corporate jealousy, and we find the Pharisees are an example of this. They first wanted to kill Jesus (and they did), then they wanted to kill his apostles. Fortunately, they had a wise man in their midst by the name of Gamaliel who told them: "Leave these men alone! Let them go! For if their purpose or activity is of human origin, it will fail. But if it is from God, you will not be able to stop these men; you will only find yourselves fighting against God" (Acts 5:38-39).

We find such jealousy in the church today, with many people resenting others who serve God for no other reason than jealousy. They will do whatever it is in their power to destroy the people they are jealous of. If you are one such person, remember the words of Gamaliel. "You fill find yourself fighting God." In today's parable, Jesus says something similar. The nobleman returns as king and slaughters all his enemies.

Another challenging reflection, I know, but this is God's truth. And if we accept it, the truth shall set us free.