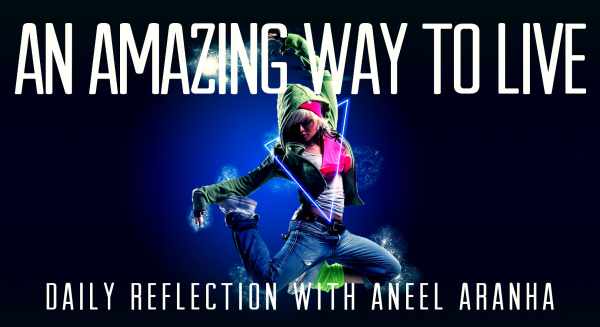 As Jesus looked up, he saw the rich putting their gifts into the temple treasury. He also saw a poor widow put in two very small copper coins. “Truly I tell you,” he said, “this poor widow has put in more than all the others. All these people gave their gifts out of their wealth; but she out of her poverty put in all she had to live on.”

The story of the poor widow who put in two small copper coins in the collection box is usually used to illustrate generosity, especially in the context of giving to God. However, it is more a story of faith. By giving from the little she had, she showed that she believed that God would provide for all her needs. I learned this lesson many years ago when I had just come to Jesus.

Those of you who know my conversion story would know that I ended up in jail after having lost everything I had. Since this led to my meeting Jesus, I am glad it happened, but when I was released from jail, I was pretty broke. I used to borrow a hundred bucks a week from my wife to pay for fuel and cigarettes (I smoked at the time). It wasn't enjoyable, but I didn't really have a choice. Until I found a job, I had to get around.

One day when I was in church, the pastor announced he was taking a collection for a new church they were building in one of the Emirates. As the ushers went around, I heard Jesus telling me to drop my 100 in the basket. "You gotta be kidding," I muttered in my head. "That's all I got! I'm not going to ask my wife for more money." He was insistent, but I did an excellent job of ignoring him, and then the basket moved on. I heaved a sigh of relief, believing that was the end of that, but Jesus doesn't let go easily.

I saw a big box labeled "Collection for New Church" right near the exit doors as I was leaving. "Drop it in," I heard Jesus say again. (I know you are supposed to say you SENSE Jesus speaking to you, or some such, but I can tell when somebody is talking to me). I walked out, thinking this was nuts, but then stopped. Then, very reluctantly, I retraced my steps and rather angrily extricated the note I had in my wallet and shoved it into the box.

When I went home, I entered the house and found an envelope on the floor. Someone had slipped it under the door. I opened it to see 1000 bucks in it. I had lent it to somebody years ago, and he had been inspired to return it to me that morning. I am convinced that the envelope would not have been there I hadn't dropped the hundred in the box.

I learned a huge lesson in faith that day. And it has stood me well in the years that followed. Today, while people agonize about how much to tithe, I don't bother. I give God everything. In return, there is nothing that he doesn't provide. Not only does he look after my personal needs, but he also takes care of everything in the work I do for him, without my ever having to ask anybody for anything. It is genuinely a fantastic way to live, and the widow in today's story would agree.

You should try it and see.