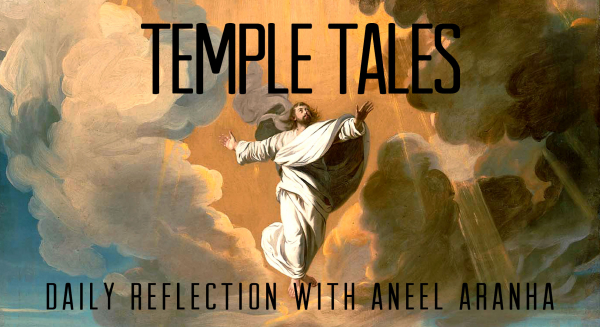 Some of his disciples were remarking about how the temple was adorned with beautiful stones and with gifts dedicated to God. But Jesus said, “As for what you see here, the time will come when not one stone will be left on another; every one of them will be thrown down.” “Teacher,” they asked, “when will these things happen? And what will be the sign that they are about to take place?” He replied: “Watch out that you are not deceived. For many will come in my name, claiming, ‘I am he,’ and, ‘The time is near.’ Do not follow them. When you hear of wars and uprisings, do not be frightened. These things must happen first, but the end will not come right away.” Then he said to them: “Nation will rise against nation, and kingdom against kingdom. There will be great earthquakes, famines and pestilences in various places, and fearful events and great signs from heaven.

In ancient days, the tribes of Israel worshipped God in sanctuaries that housed the Ark of the Covenant. King David wanted to build a more permanent structure, a task his son, the wise yet foolish King Solomon, accomplished. This First Temple was often called Zion, although it also referred to the city of Jerusalem.

In 587 BC, King Nebuchadnezzar of Babylon invaded Jerusalem, ransacked the city, and destroyed the Temple. Several OT prophets prophesied the destruction of the Temple if the people didn’t mend their ways. The collapse led to the Babylonian exile, with the Jews scattered across the globe.

After their return, the Jews rebuilt the Temple, a relatively modest structure until Herod the Great completely refurbished it. The original structure was overhauled into a large and magnificent edifice. But much like the Babylonians destroyed the First Temple, the Romans destroyed the Second Temple and Jerusalem in 70 CE as retaliation for an ongoing Jewish revolt. More than a million residents of Jerusalem died in one of the most brutal sieges in human history.

When Jesus prophesied about the destruction of the Temple, however, he wasn’t simply being a soothsayer; he was stating that he, who was the Messiah, had now come, and stone temples were no longer needed. Christ is the living Temple. John declares: “The Word became flesh and made his dwelling among us” (John 1:14). And through him, we have become temples of the Holy Spirit, living stones of the Church (see 1 Peter 2:4-6).

And because of this, Peter says, “you are a chosen people, a royal priesthood, a holy nation, God’s special possession, that you may declare the praises of him who called you out of darkness into his wonderful light” (1 Peter 2:9). Let us remember that. That together with Christ, we are the Third Temple. And just in case you are wondering why we have such horrific readings these days, it is because we are approaching the end of a liturgical year, and endings serve to remind us of our mortality.

A little different reflection today. I hope you learned something new.