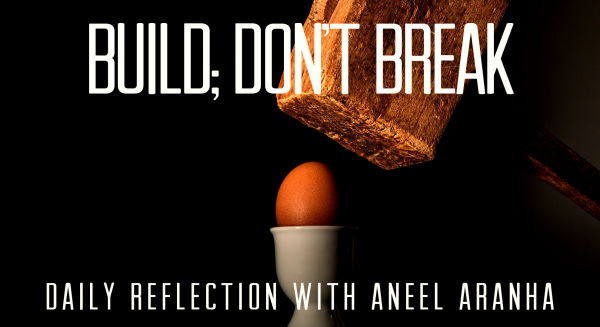 At that time the disciples came to Jesus and asked, “Who, then, is the greatest in the kingdom of heaven?” He called a little child to him, and placed the child among them. And he said: “Truly I tell you, unless you change and become like little children, you will never enter the kingdom of heaven. Therefore, whoever takes the lowly position of this child is the greatest in the kingdom of heaven. And whoever welcomes one such child in my name welcomes me. See that you do not despise one of these little ones. For I tell you that their angels in heaven always see the face of my Father in heaven.”

Have you heard the song, “Behold how good and pleasant it is for brothers to dwell together”? This song is inspired by Psalms 133:1, and I am sure that all of us would find it extremely good and pleasant if everybody in the church got along with each other, but unfortunately what we usually get to behold is how bad and unpleasant it is to see brothers fighting with each other!

This isn’t anything new, and we see the apostles doing this as well, bickering among themselves about who was the greatest among them. Competition can be healthy when it spurs one on to greater heights, but more often than not our competitive spirit results in senseless battles where there are no winners, only losers. And when it comes to the church, it is utterly disgusting. The early church in Corinth was an example of this.

They were divided for many reasons. One was because there were several leaders, each with his own following. This prompted Paul to rebuke them. “You are still worldly. For since there is jealousy and quarrelling among you, are you not worldly? Are you not acting like mere humans? For when one says, “I follow Paul,” and another, “I follow Apollos,” are you not mere human beings?” (1 Corinthians 3:3-5)

Another reason for their division was that some thought themselves superior to others because they had what they believed were greater gifts. Paul rebuked them too telling them they were all part of one body. “But God has put the body together, giving greater honor to the parts that lacked it, so that there should be no division in the body, but that its parts should have equal concern for each other.

Then he continues, and I want us to really take heed of this. “If one part suffers, every part suffers with it; if one part is honored, every part rejoices with it” (1 Corinthians 12:24-26). You cannot hurt another church or another ministry or another leader without hurting the body of Christ; everybody suffers. Conversely, if we honor other churches and other ministries and other leaders, we honor Christ.

How about we start honoring Christ?