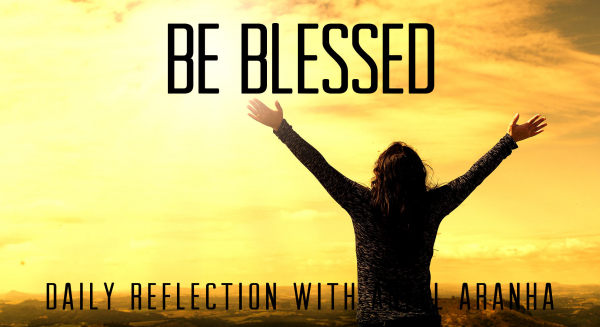 As Jesus was saying these things, a woman in the crowd called out, “Blessed is the mother who gave you birth and nursed you.” He replied, “Blessed rather are those who hear the word of God and obey it.”

I am sure that there were a lot of people who admired the wonderful manner in which Jesus preached and the way in which he worked miracles. I suppose it would have been natural for many, especially women, to think of how proud his mother must be of him. One of them speaks out: Blessed is the womb that carried you and the breasts at which you nursed.

He was effectively saying that even greater than her motherly love for him was her obedience to the will of God. As a young child, when an angel came to her with the news that she was going to be mother to the Son of God, she accepted God’s will, even though she cannot have fully comprehended the enormity of the task. “I am the Lord’s servant,” Mary answered. “May your word to me be fulfilled.” (Luke 1:38).

It was her obedience to the will of God that saw her becoming mother of Christ. Do you see it now? It is this understanding that will help people realize what a model Mary can be because she was obedient to God in everything, the perfect disciple, arguably better than any of the apostles who were stumblers and bumblers.

But it isn’t enough to admire these people; we need to emulate them. Because the Spirit that resided in them is the same Spirit that resides in us - the Holy Spirit of God - and through him all things are possible. Let us be led by the Spirit who “will teach us all things and will remind us of everything Jesus has said to us” (cf John 15:26) helping us to be obedient to the word of God.

And we will be blessed