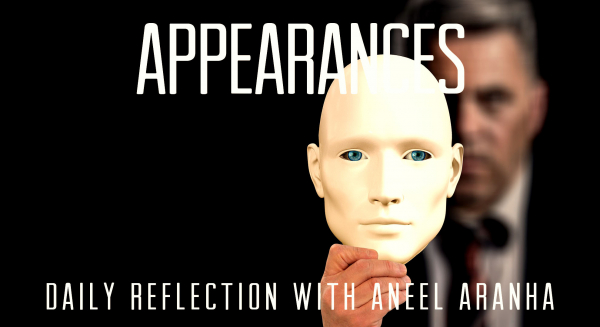 When Jesus had finished speaking, a Pharisee invited him to eat with him; so he went in and reclined at the table. But the Pharisee was surprised when he noticed that Jesus did not first wash before the meal. Then the Lord said to him, “Now then, you Pharisees clean the outside of the cup and dish, but inside you are full of greed and wickedness. You foolish people! Did not the one who made the outside make the inside also? But now as for what is inside you—be generous to the poor, and everything will be clean for you.

Let us get into the story by being one of the characters. I think we can learn a few things by being the Pharisee who invites Jesus home for dinner in today’s story. But first, a little bit of information about Pharisees. They were a sect of Judaism who took the Torah very seriously. Which isn’t a bad thing, really, but they developed a system of obedience, not so much to the law, but to a tradition that protected the law; kinda like a fence protecting a house.

Now they were very learned in the law, which they followed rigorously, and this resulted in quite a bit of pride. Understandable, really. If we were to go to church every morning without fail, fast every Monday, give alms to the poor every Saturday, and keep all the commandments, I think we might get a little proud too. Consequently, the Pharisees looked down upon their fellow Jews who didn’t do all these things as “sinners”.

One day, a man named Jesus walks into town seemingly out of nowhere. He is the son of a carpenter, and quite obviously unschooled. Yet, he shows a remarkable knowledge of Scripture, although he interprets it very strangely. He says the weirdest things. Besides, he heals. And kicks out demons. He will make for an interesting dinner guest. So, he invites him over. Now you be this Pharisee. Jesus is your dinner guest. You never eat without washing your hands, because you eat using your fingers. In many cultures, people still do this.

Your guest doesn’t wash his hands. He sits straight down to eat. You are horrified and you are glad the children aren’t present. I mean, what an example to set! But why didn’t Jesus do this? Didn’t he have any sense of hygiene? I’m sure he did. The thing is the Pharisees didn’t wash their hands to get them clean—there was no soap or scrubbing involved; this was a ceremonial thing which just involved dribbling some water down the hands. It doesn’t serve any practical purpose, so why do it? For the sake of appearances!

That was the problem with the Pharisees. It was all about the show; what they displayed to others. And that’s often the problem with us too. It’s all about the act; what we do in public to be seen. It doesn’t matter that we are unholy people; what matters is that we are perceived to be holy by others. What does that get us? If we want to change, we have to get right within; and the exterior will eventually reflect that. And the way to do this is to have our gaze fixed on only one person: Jesus.

Let us aim to please him. Everything else will fall into place.