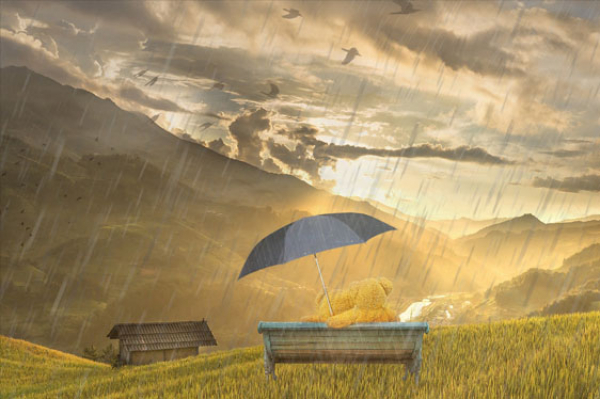 He said to the crowd: “When you see a cloud rising in the west, immediately you say, ‘It’s going to rain,’ and it does. And when the south wind blows, you say, ‘It’s going to be hot,’ and it is. Hypocrites! You know how to interpret the appearance of the earth and the sky. How is it that you don’t know how to interpret this present time? Why don’t you judge for yourselves what is right? As you are going with your adversary to the magistrate, try hard to be reconciled on the way, or your adversary may drag you off to the judge, and the judge turn you over to the officer, and the officer throw you into prison. I tell you, you will not get out until you have paid the last penny.”

I like to begin these reflections with a question, so let me ask you this. If the weather forecast predicted rain and you looked up and saw dark clouds in the sky, would you or would you not carry an umbrella with you if you were going out? You would, right? Why? Because you would want to be prepared if it rained.

Jesus asks you the next question. If you are wise enough to do this when it comes to the weather, why are you not wise enough to take similar precautions when it comes to safeguarding yourself from a bigger, greater storm that is heading your way? This story is, of course, the Final Judgment that will take place when Jesus comes for the second time.

Now you might have a question of your own. What is this Second Coming? It is the return of Jesus Christ that he, himself, foretold. In John 14 he told the apostles that he was gonna set up rooms for them in heaven. “I will come back and take you to be with me that you also may be where I am” he said. Then in Matthew 24 he spoke about the spectacular way that he would return.

This is something that all Christians profess in the Nicene Creed, and I am sure that you have professed it several times too. The latter part goes like this: “...he ascended into heaven and is seated at the right hand of the Father. He will come again in his glory to judge the living and the dead, and his kingdom will have no end. ... We look for the resurrection of the dead, and the life of the world to come." Remember?

We are professing the return of Jesus, not to save man this time, but to judge him. And for some strange reason most of us don’t seem very bothered by it. Yes, we are concerned about dark clouds in the sky that foretell rain, but the signs of the times warning of the bigger storm: no! I wrote a song about the second coming a few years ago. It’s called “Rider on a White Horse” and is largely inspired by a few passages in Revelation 19. Click here to listen to it if you can: https://youtu.be/qWc01R0UiGo.

Consider it a weather report.