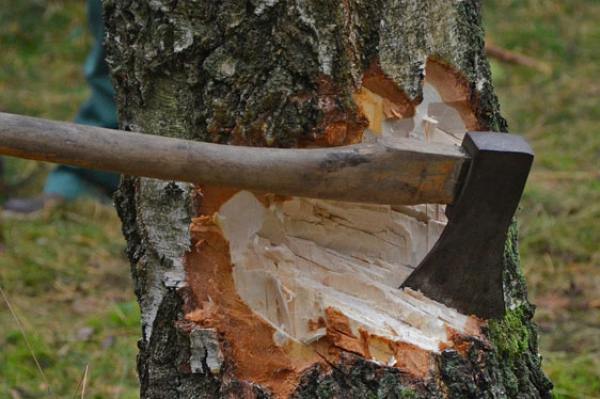 I remember a few years ago a friend of mine came to meet me after his mother had died. He said she was very far from God, she led a dissolute life, and he was very worried that she wouldn’t make it to heaven. I felt very distressed in my soul. I wanted to shake him by the collar and ask him what he did all these years that she was with him. Did he speak to her about Jesus? Did he try to get her to accept Christ? When we have the chance to do things we don’t; then we regret wasted opportunities.

We spoke about the Second Coming yesterday, and opportunities given to us to repent, but what happens if we were to suddenly die. That’s the end of opportunities, yeah? Jesus warns about this in today’s reading, then goes on to tell a parable about a fig tree. The tree is about to be cut because it is bearing no fruit. The owner has been extremely patient, returning year after year in the hope of finding fruit but finally tiring of it, he orders, “Cut it down. Why should it be wasting the soil?”

The gardener pleads for another chance—another opportunity—to save the tree. Who is the gardener? We get a clue from Scripture in the stories of Abraham and Moses who pleaded with God to show mercy upon his people (see Genesis 18, Exodus 32:9-10,11,14). The “gardener” is the intercessor, but more than that: it is the leader as intercessor. Which means our pastors, our priests; Christian leaders who are responsible for their flock in the Church today.

The flock, of course, will be held accountable, as is made clear in the first half of this passage, but so will their shepherds. The problem is that most shepherds have their priorities wrong. They occupy themselves with every task imaginable to secure the vineyard except ensuring the trees under their care are bearing fruit. God is calling the gardeners to account today, and since most of them couldn’t care less if trees bore fruit or not, God is putting John’s ax to use.

What ax is this? John the Baptist had warned about how the ax was lying at the root of the trees. “Every tree,” he said,” that does not bear good fruit is cut down and thrown into the fire” (see Matthew 3:7-10). With rare exception, churches are closing in every country in the world and priests are being put out to pasture. What is the solution? They repent, like the elders of old did, admitting their failures; then plead with the landowner (that’s God) for some extra time in which they rectify what’s wrong.

I wrote an article where this parable is explained in more detail. If you are interested, you can download it here: http://bit.do/figtree.