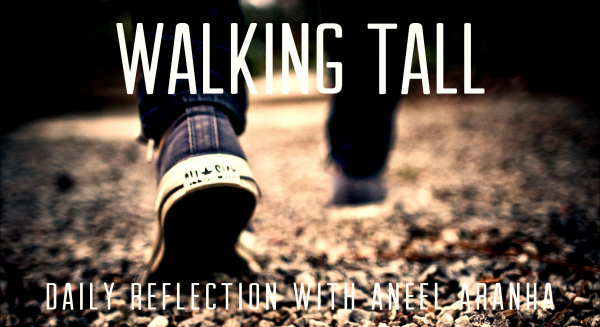 On a Sabbath Jesus was teaching in one of the synagogues, and a woman was there who had been crippled by a spirit for eighteen years. She was bent over and could not straighten up at all. When Jesus saw her, he called her forward and said to her, “Woman, you are set free from your infirmity.” Then he put his hands on her, and immediately she straightened up and praised God. Indignant because Jesus had healed on the Sabbath, the synagogue leader said to the people, “There are six days for work. So come and be healed on those days, not on the Sabbath.” The Lord answered him, “You hypocrites! Doesn’t each of you on the Sabbath untie your ox or donkey from the stall and lead it out to give it water? Then should not this woman, a daughter of Abraham, whom Satan has kept bound for eighteen long years, be set free on the Sabbath day from what bound her?” When he said this, all his opponents were humiliated, but the people were delighted with all the wonderful things he was doing.

I love stories about miracles, especially the ones performed by Jesus because, as I may have said before, there was always a twist to them. Sometimes this was overt, at other times it was subtle, but there always is a twist, and there is always a lesson to be learned from it. In this story it is so subtle you might miss it if you weren’t looking for it.

Jesus meets a woman who is crippled, but this crippling is demonic in nature because Scripture says she is “crippled by a spirit” (Luke 13:10). That’s the first fact we ascertain about the woman. Then Luke says, “she was bent over”. Then, as if these two descriptions about her physical state aren’t enough, he adds she was “completely incapable of standing erect.” Her ailment is being described three times. There is a reason for it and we will come to that in a minute.

Now, if you were a healer and you saw a woman who was in this state what would you do? Go to her, ya? But Jesus calls her to him, instead (that’s the twist by the way), and then gives her a 3-part healing. First he declares she is free of her infirmity. Then he lays his hands on her. Then she stands up straight. So what’s the point of all this? The point has to do with you.

What spirit is crippling you? What has you bent over in helplessness? What is making you incapable of functioning like a normal human being? Jesus is calling out to you. He is saying to you, right now, right here: you are set free of your infirmity. He is laying his hands on you at this very moment. And you straight and stand upright, as you should. After all, you are a child of God.