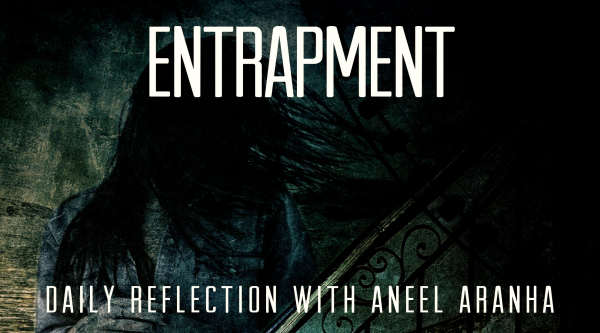 One Sabbath, when Jesus went to eat in the house of a prominent Pharisee, he was being carefully watched. There in front of him was a man suffering from abnormal swelling of his body. Jesus asked the Pharisees and experts in the law, “Is it lawful to heal on the Sabbath or not?” But they remained silent. So taking hold of the man, he healed him and sent him on his way. Then he asked them, “If one of you has a child or an ox that falls into a well on the Sabbath day, will you not immediately pull it out?” And they had nothing to say.

This is the third time that Jesus has healed someone on the Sabbath. On one occasion, he had healed a man with a shriveled hand (see Mark 3:1-6). On another, (we looked at this a few days ago), he healed a woman who had been crippled for eighteen years (see Luke 13:10-17). In both these instances the healing took place in the synagogue, which wasn’t surprising. Sick people often went to the synagogue to pray, hoping that God would answer their prayers and heal them.

However, in today’s passage, the sick person is found at the house of a Pharisee who had invited Jesus for a meal. The sick man was described as suffering from dropsy, which is an abnormal swelling of his body. Why was he there? Had the man been deliberately invited in order to trap Jesus? Luke says that Jesus was being “carefully watched”, suggesting that it was, indeed, a trap. This meant that they knew Jesus could heal the sick. This, in turn meant, that he came from God because as Nicodemus would say later, “no one could perform the signs he was doing if God were not with him” (see John 3:2).

And yet they wanted to trap him so that they could put an end to him. It’s mind-boggling when you think about it! They weren’t idiots, so why were they acting like idiots? Because the things Jesus said contradicted what they had been saying for years, and their power was threatened by it. Not too long later they would discuss among themselves: “What are we accomplishing?” they asked. “Here is this man performing many signs. If we let him go on like this, everyone will believe in him, and then the Romans will come and take away both our temple and our nation.”

Then one of them, named Caiaphas, who was high priest that year, spoke up, “You know nothing at all! You do not realize that it is better for you that one man die for the people than that the whole nation perish.” And in this statement, perhaps the most honest statement the Jews had ever uttered regarding Jesus, they admitted what was deepest in their hearts. That it was better for Jesus to die than for their way of life to end (John 11:47-50). Don’t you think this was shameful?

Returning to our story today, Jesus launched what could be considered a pre-emptive strike. “Is it lawful to heal on the Sabbath or not?”, he asked. It was the same question he asked when a man with a shriveled hand stood in front of him. But, then, like here, they remained silent. Mark says that “Jesus looked around at them in anger, deeply distressed at their stubborn hearts” (Mark 3:5). I wonder how he feels towards those who do the same thing today, albeit with far less excuse.

You see, the scribes and the Pharisees didn’t really know Jesus. We do. And if we act like the Pharisees, believing we need to destroy someone because they challenge our own way of thinking, then woe to us. No?