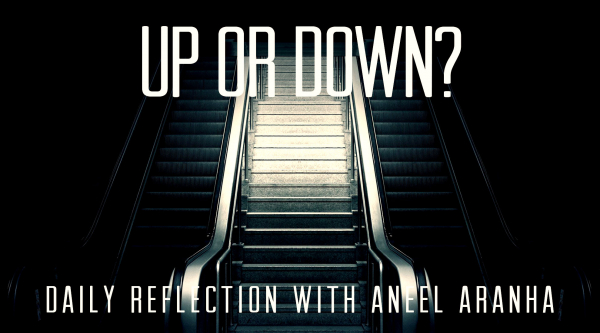 One Sabbath, when Jesus went to eat in the house of a prominent Pharisee, he was being carefully watched. When he noticed how the guests picked the places of honor at the table, he told them this parable: “When someone invites you to a wedding feast, do not take the place of honor, for a person more distinguished than you may have been invited. If so, the host who invited both of you will come and say to you, ‘Give this person your seat.’ Then, humiliated, you will have to take the least important place. But when you are invited, take the lowest place, so that when your host comes, he will say to you, ‘Friend, move up to a better place.’ Then you will be honored in the presence of all the other guests. For all those who exalt themselves will be humbled, and those who humble themselves will be exalted.”

Ok. Let me ask you a question. And let’s be honest in our answer, shall we? If YOU were invited to a dinner party, would you not like to be seated at the best table available? And if you knew a dignitary was going to present, wouldn’t you like being seated with him? I’m pretty sure we would because it’s a pretty natural thing to desire. Remember, even the apostles wanted to sit at his left and right in heaven (see Matthew 10:21-23). The problem is that, in seeking the highest place, we might end up with the lowest place. And not just at a party either.

Let me explain. Jesus was invited to a Pharisees house for dinner. Jesus loved eating, and he didn’t seem too bothered that people noticed (see Luke 7:34). He also wasn’t particular about who he ate with. He was as comfortable eating with the dregs of society as he was with those who believed they were its cream. I don’t know how wise these society hotshots were to invite Jesus, however, because he invariably said something to embarrass the host and/or his guests.

At this dinner, he noticed that some of the guests chose places of honor. There were no place cards for guests, so they could sit wherever they wanted. But apparently the choice was not entirely theirs, because the host could shuffle them around. Think of the embarrassment, then, if a person who had chosen the highest place was asked to vacate it later for a more important guest who had arrived. The only seat that would be left was the one everybody had avoided taking; the person would have to sit there. I have actually seen this happen many times.

So, Jesus recommends they take the lowest place. This way they could only go up, not down. They would be honored and not dishonored. This would have hit them hard enough, but then Jesus throws in a harder punch. He says, “All who exalt themselves will be humbled, and those who humble themselves will be exalted” (Luke 14:11). Now Jesus was talking about God, telling them that it wasn’t just a dinner host who might humble them, but God himself.

And now I want us to think about this because it is important. God does not want to put us down. Let me repeat this. God doesn’t want to put us down. God wants to elevate us. But if WE elevate ourselves, he WILL put us down. He is extremely allergic to the proud. However, if we humble ourselves, he will elevate us. Jesus has just told us that. Much later, Peter would reaffirm this saying, “God opposes the proud, but gives grace to the humble.” And then, he says, “Humble yourselves therefore under the mighty hand of God, so that he may exalt you in due time” (1 Peter 5:6).

So, what’s it gonna be? Up now, down later? Or down now, and up later? We get to choose.