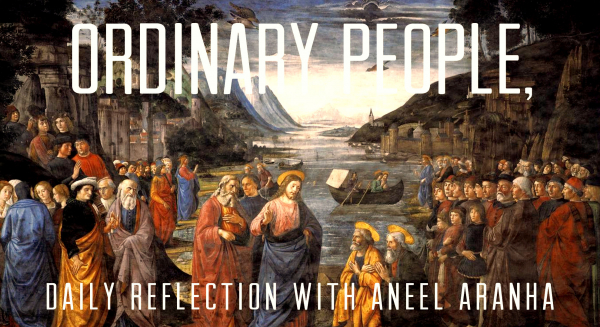 One of those days Jesus went out to a mountainside to pray, and spent the night praying to God. When morning came, he called his disciples to him and chose twelve of them, whom he also designated apostles: Simon (whom he named Peter), his brother Andrew, James, John, Philip, Bartholomew, Matthew, Thomas, James son of Alphaeus, Simon who was called the Zealot, Judas son of James, and Judas Iscariot, who became a traitor. He went down with them and stood on a level place. A large crowd of his disciples was there and a great number of people from all over Judea, from Jerusalem, and from the coastal region around Tyre and Sidon, who had come to hear him and to be healed of their diseases. Those troubled by impure spirits were cured, and the people all tried to touch him, because power was coming from him and healing them all.There are so many things that one choose to reflect upon in this passage, including Jesus’ prayer life—we see him praying here right through the night—but what I believe might be very educational is the selection of his disciples. Yes, I know that you know that these were very ordinary people, but I don’t think we have given the matter serious thought.

Today we put people through years of education, most of which seems to have no practical value, and when they finally graduate, they end up becoming administrators and bureaucrats rather than missionaries and shepherds with a desire to save souls. I am not discounting the need for proper training—it is definitely needed—but I am saying that it wouldn’t hurt to have an appraisal of the methods used from time to time if they aren’t fulfilling the purpose. And who better to learn from than Jesus?

So, what did Jesus do? He chose twelve very ordinary people.  For a period of three years—that’s it, three years—he taught them what he believed was important for them to learn. These were practical lessons in how they were to live life, and he taught them by example. He never asked them to do anything—not one thing—that he, himself, didn’t do. We can learn a lot from this.

Then he sent them out to teach others what he had taught them. These were his apostles. There are people called to be apostles today as well. These are typically called missionaries or evangelists. They are sent out under the authority of the church to draw people to salvation. I am one such, doing the work I do under the authority of my bishop and the bishops of any countries I minister in. But every believer is called to serve Jesus; he has not saved you for you to lounge about and be happy. He wants you to save others.

So, get going. And if you need some help, drop me a note.