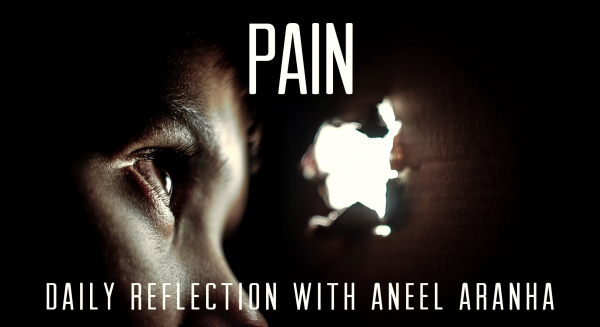 Jesus and his disciples went on to the villages around Caesarea Philippi. On the way he asked them, “Who do people say I am?” They replied, “Some say John the Baptist; others say Elijah; and still others, one of the prophets.” “But what about you?” he asked. “Who do you say I am?” Peter answered, “You are the Messiah.” Jesus warned them not to tell anyone about him. He then began to teach them that the Son of Man must suffer many things and be rejected by the elders, the chief priests and the teachers of the law, and that he must be killed and after three days rise again. He spoke plainly about this, and Peter took him aside and began to rebuke him. But when Jesus turned and looked at his disciples, he rebuked Peter. “Get behind me, Satan!” he said. “You do not have in mind the concerns of God, but merely human concerns.” Then he called the crowd to him along with his disciples and said: “Whoever wants to be my disciple must deny themselves and take up their cross and follow me. For whoever wants to save their life will lose it, but whoever loses their life for me and for the gospel will save it.

I was flattened by a mosquito a couple of years ago. Literally. A tiny little thing put me on my back for two weeks with malaria. I have generally enjoyed good health, and this was a rather unique experience for me, but I realized something through the fever that refused to go down for a long time and a headache that refused to ease for even longer: that if God had let it happen it was not without reason. And I discovered several reasons.

One of them was that pain brings us closer to God. Doctors can only prescribe medication, and medication can only do so much. And through it I understood why some Christians wanted to suffer. It wasn’t because they were people with a streak of masochism in them. It was because they loved God and didn’t want to do anything to hurt him. And they must have discovered as I did that when you are sick with a temperature of 104 degrees temptation has no power over you. So, no temptation, no sin.

This, however, applies only to physical pain. Emotional pain often leads us towards sin. A lot of the things we do that we shouldn’t do are simply because we want the pain to go away, even if it is just for a few minutes. Much of this relief tends to come from sexual activities, but there are a host of other things that people will do, including excessive drinking, to obliviate pain. This, however, doesn’t work, as anyone who has tried it will have discovered. It only compounds the pain.

So, what is the solution? Ride it. Ride the pain. In the Christian journey you will have a lot of it. Jesus tells us to deny ourselves. He then tells us to carry our cross. In Jesus’ time carrying one’s cross meant only one thing. He was asking us to die to ourselves. To die to our greed, our lust, our desire for fame and power, our desire for the things of this world. Deny ourselves and die? What kind of fool would do that? Not a fool but a wise man, because when we deny ourselves the passing pleasure of sin and die to the sinful things of the world, we set ourselves up for eternal joy.

This doesn’t begin after we are buried six feet under the ground, however. It begins now and you will see that once you have gone through the pain and the death, you experience life in a new way. I gave a teaching earlier this year on the Resurrection and I realized you don’t get to that without going through the pain of death first. I wrote a song about betrayal and pain and suffering but it is the last stanza that really says it all. “So now I’m not afraid, O Lord, Of anything life might bring, Through pain and hurt and a broken heart, I have a new song to sing!”

If you want to listen to the song, click here. May you have a new song to sing