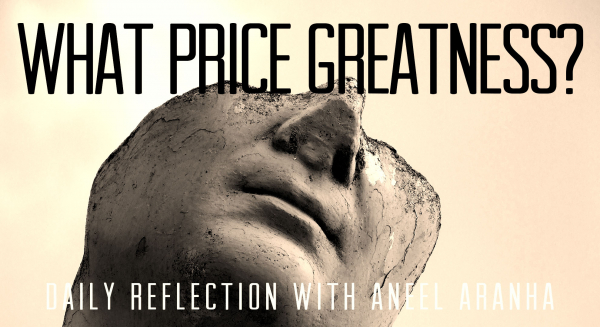 They left that place and passed through Galilee. Jesus did not want anyone to know where they were, because he was teaching his disciples. He said to them, “The Son of Man is going to be delivered into the hands of men. They will kill him, and after three days he will rise.” But they did not understand what he meant and were afraid to ask him about it. They came to Capernaum. When he was in the house, he asked them, “What were you arguing about on the road?” But they kept quiet because on the way they had argued about who was the greatest. Sitting down, Jesus called the Twelve and said, “Anyone who wants to be first must be the very last, and the servant of all.” He took a little child whom he placed among them. Taking the child in his arms, he said to them, “Whoever welcomes one of these little children in my name welcomes me; and whoever welcomes me does not welcome me but the one who sent me.”

In a society, where the powerful are able to dictate terms to the rest of humankind, it is not surprising that many of us seek greatness. This is not just to get out from under the thumbs of people who control us, but to be able to rest our own thumbs on others so we can control them. There is tremendous satisfaction to be obtained with such control. Ask any powerful man or woman.

Obtaining this power varies from culture to culture and while in many societies it is your birth that determines this, in others it could be attained through other means, usually money or violence. In ancient Palestinian culture, one could attain greatness by attaining honor. This was largely based on wealth, of course, but there was also a purity code that people could use to attain greatness. However, the purity code was something that one needed money to be able to live by, so a huge section of the population was automatically excluded.

The apostles accepted this system, not questioning why they, like about 90% of the population, fell into the latter category. However, they wanted to rise above it, so they began to argue among themselves about greatness. It was contrary to everything Jesus had been trying to teach them. “Whoever wants to be first must be the last and servant of all,” he told them, totally inverting the social system, but at the same time making it accessible to everybody.

Now, one did not have to have money or power or fame to become great, one merely needed to serve. How does becoming a servant make somebody great, however? In service lies humility. And he himself was the example. To quote Paul speaking about Jesus in his letter to the Philippians: Let the same mind be in you that was in Christ Jesus, who, though he was in the form of God, did not regard equality with God as something to be exploited, but emptied himself, taking the form of a slave, being born in human likeness.

And being found in human form, he humbled himself and became obedient to the point of death—even death on a cross. Therefore, God also highly exalted him and gave him the name that is above every name, so that at the name of Jesus every knee should bend, in heaven and on earth and under the earth, and every tongue should confess that Jesus Christ is Lord, to the glory of God the Father.

So, you wanna be great? Be a servant!