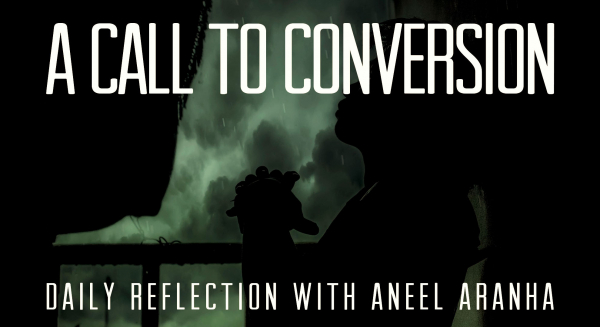 Now Herod the tetrarch heard about all that was going on. And he was perplexed because some were saying that John had been raised from the dead, others that Elijah had appeared, and still others that one of the prophets of long ago had come back to life. But Herod said, “I beheaded John. Who, then, is this I hear such things about?” And he tried to see him.

Herod, the tetrarch, was Herod Antipas, a 1st-century ruler of Galilee and Perea.  He bore the title of tetrarch, which means "ruler of a quarter”. He was also referred to as King Herod, although he never held the title of king. As you probably know Herod had John the Baptist beheaded. Why? The story is as interesting as it is sordid, and it is worth telling for some illuminating lessons.

Herod was having an incestuous relationship with Herodias, his brother wife, whom he wanted to marry. John the Baptist had told Herod that it was not lawful to marry his brother’s wife, which made Heridias furious with the prophet. Herod on the other hand took quite a fascination to John the Baptist, whom he liked listening to, yet couldn’t seem to understand. It was a pity because John was trying to bring him to repentance, but Herod’s heart was too hard.

Then, one day, Herod threw a birthday party and the daughter of Herodias danced. Scripture doesn’t tell us what her name was, but the historian Josephus calls her Salome. Herod was so pleased with her dancing, he promised her anything she asked for upto half of the kingdom. Her mother told her to ask for the head of John the Baptist. Because of his oaths and not wanting to lose face with his dinner guests, Herod had his executioners lop of the prophet’s head.

A little while later Herod hears about a guy called Jesus who was going about performing extraordinary miracles, and people were saying he was John the Baptist raised from the dead. I wonder what went through his heart and mind when he heard this? Was he filled with fear? Did his conscience prick him? Did he feel guilty about what he had done? I wouldn’t be surprised if he felt all three because these are the natural results of sinfulness.

This was again a call to conversion. The first step of conversion is realizing one is a sinner. Herod undoubtedly did. He said, “John I beheaded.” But the second step is feeling remorse and there is no sign that Herod felt this. The third step is seeing Jesus as our Savior who will forgive our sins. Scripture says that Herod kept trying to see Jesus but apparently, he couldn’t. And in this is a lesson for all of us. If we don’t acknowledge our failures, don’t recognize our propensity to sin, and don’t seek Jesus out for forgiveness, we will never have conversion.

And this, by the way, is not a one-off occurrence; it is a daily renewal. May you be drawn to conversion today. And every day thereafter.