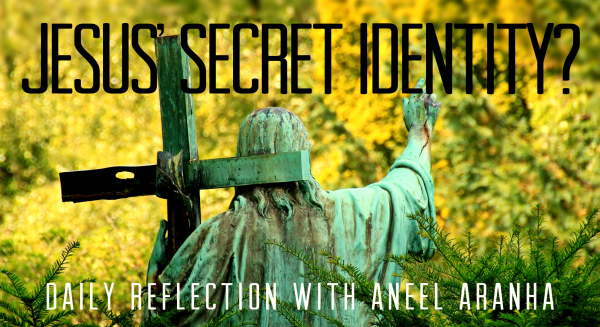 Once when Jesus was praying in private and his disciples were with him, he asked them, “Who do the crowds say I am?” They replied, “Some say John the Baptist; others say Elijah; and still others, that one of the prophets of long ago has come back to life.” “But what about you?” he asked. “Who do you say I am?” Peter answered, “God’s Messiah.” Jesus strictly warned them not to tell this to anyone. And he said, “The Son of Man must suffer many things and be rejected by the elders, the chief priests and the teachers of the law, and he must be killed and on the third day be raised to life.”

One day Jesus asks his apostles: “Who do you say I am?” When Peter answers correctly, “The Christ of God,” Jesus directs them not to tell anyone. It is a strange request, because eventually he needs everyone to know who he is, so why does he forbid them from telling anyone. And it is not the only time he has done this.

At the start of his ministry, he was tempted by the devil in the wilderness who tried to get him to admit who he was. “If you are the Son of God, throw yourself down,” he challenged (see Matthew 4:6). Later, demons he encountered often shouted: “You are the Son of God!” But he rebuked them and would not allow them to speak, because they knew that he was the Messiah. (Luke 4:41). So, why?

While there are several possible reasons, the most likely one has to do with popular misconceptions of the Messiah held by the Jews of Jesus’ time. They were expecting the coming of a glorious liberator who would set them free from the Roman yoke. If a demon were to prematurely blurt out that Jesus was the Messiah, without them understanding what the real purpose of the Messiah was, there could have been great confusion.

We can see this misunderstanding happening with the apostles too. After Peter made this declaration, Jesus tells them his true identity. He says that “The Son of Man must suffer greatly and be rejected by the elders, the chief priests, and the scribes, and be killed and on the third day be raised" (Luke 9:22).

But Peter doesn’t understand. As Matthew tells the story, “Peter took him aside and began to rebuke him. “Never, Lord!” he said. “This shall never happen to you!” And Jesus, of course, rebuked him saying, “Get behind me, Satan! You are a stumbling block to me; you do not have in mind the concerns of God, but merely human concerns” (Matthew 16:23). It was only on Palm Sunday that he allowed his disciples to speak of his identity. They proclaimed, “Blessed is the king who comes in the name of the Lord!” (Luke 19:38).

To be a Christian is to share in this identity of Christ, or we will make the same mistake the Jews made. Think about it.