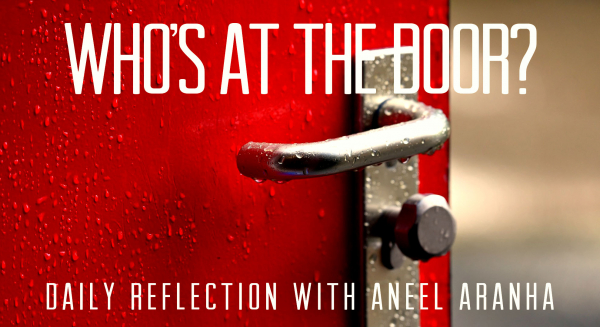 An argument started among the disciples as to which of them would be the greatest. Jesus, knowing their thoughts, took a little child and had him stand beside him. Then he said to them, “Whoever welcomes this little child in my name welcomes me; and whoever welcomes me welcomes the one who sent me. For it is the one who is least among you all who is the greatest.” “Master,” said John, “we saw someone driving out demons in your name and we tried to stop him, because he is not one of us.” “Do not stop him,” Jesus said, “for whoever is not against you is for you.”

A few extraordinary experiences of Christ, or even spending time with him for a prolonged length of time is no guarantee that we will understand Jesus or the things that he says. It is also no guarantee that we will change our mindset. For proof of this, look at the apostles. Three of them—Peter, James and John—have just witnessed the transfiguration. All of them then witness a dramatic exorcism where a little boy is set free from demonic oppression.

Now listen to what happens next. While the crowd is marveling at what they have just seen, Jesus says to the apostles: “Listen carefully to what I am about to tell you: The Son of Man is going to be delivered into the hands of men.” And, very bizarrely, they begin to argue among themselves about who is the greatest! They don’t ask Jesus what he meant. They don’t talk to the boy about what just happened to him. They don’t marvel along with the crowd. They talk about who was the greatest!

I am reminded of this story of this guy proposing to this girl. He tells her how much he loves her and all the wonderful things he is going to do for her. When he is done, about fifteen minutes later, he waits anxiously for the girl to respond. And the girl says: “Tell me, John. Do you think I am prettier than Sandra?” Don’t you go, “Whaaat?” Well, this is how I felt when I read this story. Jesus tells them he is going to die. And they say, “Do you think I am greater than the others?” Whaaat?

And then Jesus takes a child and says something that seems totally out of context. "Whoever receives this child in my name receives me, and whoever receives me receives the one who sent me.” But then you think about it, and it makes perfect sense. What kind of a child is this? We always imagine a pretty, innocent looking child being set in front of everybody. But I doubt it. And who was this child? I think it is quite possible it was the boy who was demon possessed because this is all one single narrative.

“Behold, I stand at the door and knock” says Jesus (Rev. 3:20). When you open the door, you may see somebody standing there. It may not look like Jesus, but it could be him. What will you do?