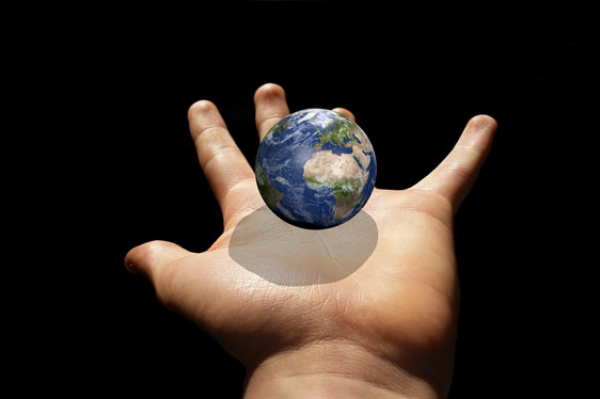 Then Jesus asked, “What is the kingdom of God like? What shall I compare it to? It is like a mustard seed, which a man took and planted in his garden. It grew and became a tree, and the birds perched in its branches.” Again he asked, “What shall I compare the kingdom of God to? It is like yeast that a woman took and mixed into about sixty pounds of flour until it worked all through the dough.”

Imagine for a moment you are one of a dozen odd men chosen by somebody you don’t quite know to follow him. He says the strangest things, most of which make absolutely no sense and contradict everything you have ever been taught. You would think him quite mad, except he does these phenomenal things you have never seen anybody do. He makes people who have been crippled for years walk, men blind since birth see, and kicks out demons with a single word.

And then he tells you that you are going to do even greater things than these as you proclaim to everybody that the kingdom of heaven is at hand. And that you will change the world. How is it even possible to believe that? He understands, and in typical fashion tells you a couple of stories. One is about a mustard seed; another about a little bit of yeast. Both quite ordinary things. Kinda like us. And then he says that out of these ordinary things extraordinary things are going to happen.

I want you to listen to me now. Really listen. These dozen odd men, who may not have understood or believed what this strange man they followed said, went on to do exactly what he said they would do. “You will receive power,” he said, “when the Holy Spirit comes on you; and you will be my witnesses in Jerusalem, and in all Judea and Samaria, and to the ends of the earth.” And so they were taking the gospel to every part of the globe.

This man, whom we all know very well today, is saying the same thing to us. “Go into all the world and preach the gospel to all creation. Whoever believes and is baptized will be saved, but whoever does not believe will be condemned. And these signs will accompany those who believe: In my name they will drive out demons; they will speak in new tongues; they will pick up snakes with their hands; and when they drink deadly poison, it will not hurt them at all; they will place their hands on sick people, and they will get well.”

We may not fully understand or believe what Jesus is saying to us either. However, let us pray that he gives us the wisdom and faith we need to be able to understand and believe what he says so that we can continue the mission of the apostles and evangelize—or re-evangelize—the world today. And like a mustard seed, or like yeast, the kingdom of God will grow.

Let us make that prayer now.