From Doubt To Faith 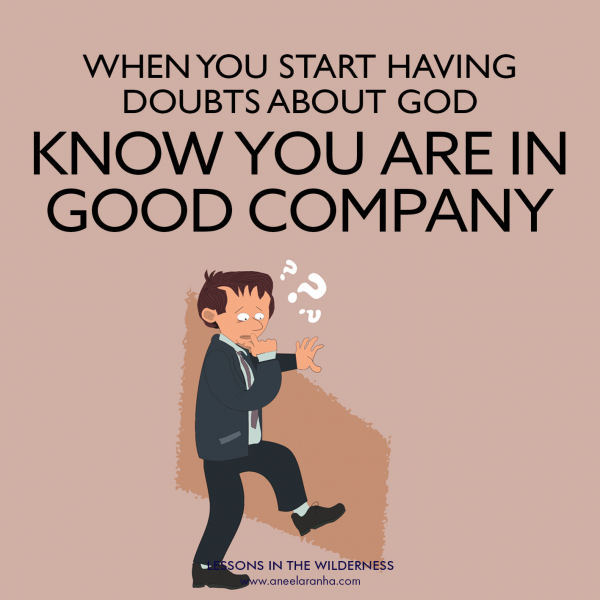 When misfortune, calamity, or tragedy strikes, our automatic reaction is to doubt the goodness of God or even his existence. Nobody is immune to it, not even those who profess to be close to God. Very often, the greater one’s spirituality, the greater the doubt. We believe that God will reward our faithfulness and friendship with good things, and we are stunned when the opposite happens.

We can take consolation that we are in good company. Remember John the Baptist? When people asked John if he was the Messiah, he declared: “I baptize you with water, but one who is more powerful than I will come. He will baptize you with the Holy Spirit and fire” (Luke 3:16). The next day John saw Jesus coming toward him and said, “Look, the Lamb of God, who takes away the sin of the world!” (John 1:29). He knew who Jesus was before anyone else did!

Yet, not too long after this, when John found himself in prison, awaiting execution, he sent two of his disciples to Jesus to ask, “Are you the one who is to come, or should we expect someone else?” (Luke 7:18). We are shocked because we don’t expect these great men of God to doubt like we do. However, doubt is normal, and Scripture is replete with stories of people who doubted. We all know the story of the famous apostle immortalized as Doubting Thomas, who refused to believe Jesus had risen from the dead until he saw for himself. However, some of the other apostles also harbored doubts about Christ even though they had seen him after his resurrection! (see Matthew 28:17).

We all need reassurance, and God gives it to us because he understands how weak our faith can be. He told John’s messengers, “Go back and report to John what you have seen and heard: The blind receive sight, the lame walk, those who have leprosy are cleansed, the deaf hear, the dead are raised” (Luke 7:22). Jesus let Thomas poke his fingers into his wounds so he could satisfy himself that Jesus had indeed risen from the dead. He promised the doubting apostles his Holy Spirit as additional “proof” even as he commissioned them to make disciples of all nations. Jesus didn’t doubt them!

Reassured, they all went on to do great things for God. Thomas, for instance, moved outside the Roman Empire to preach the Gospel, traveling as far as the Malabar Coast, which is in modern-day Kerala. He is believed to have established seven churches there. He went from being a Doubting Thomas to a Believing Thomas.

So, my dearest friends, it is natural to doubt, but you cannot let that be an end to faith. Instead, it has to lead to a more profound conversion and a more significant commitment when God gives you the reassurance you seek. And until he does this, believe through your doubt! Take note of Jesus’ words to Thomas: “Because you have seen me, you have believed; blessed are those who have not seen and yet have believed” (John 20:29).