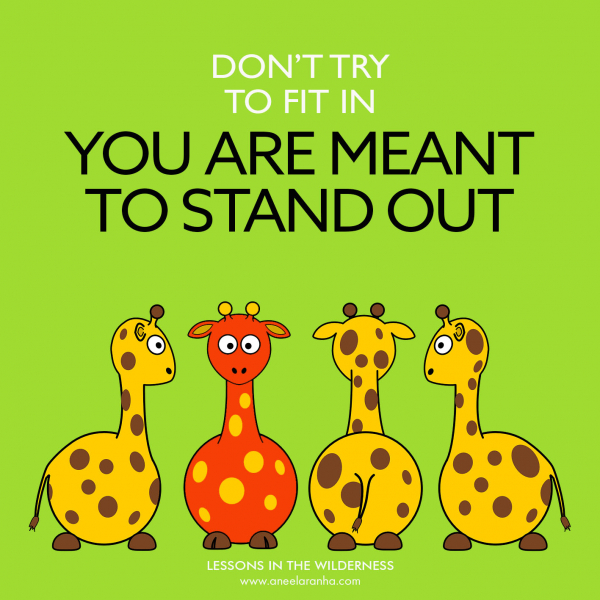 It is human nature to want to belong to a community. Unfortunately, if we want to be a part of a group, we have to do what everybody in the group does. So when they gossip, we gossip. When they give rein to their addictions, we join in. When they want to gang up on somebody or ostracize them, we get on board too. If we don’t, even though we might not want to, we become the odd person out and are ejected faster than we can say, Indiana Jones. So, we try to fit in by being like everybody else.

But we are not called to be like everybody else. We are different. We are set apart. As Jesus puts it very plainly, “If you belonged to the world, it would love you as its own. But you do not belong to the world, because I have chosen you out of the world” (see John 15:19).

God has chosen us out of the world for a particular purpose, a special reason. We are, as Peter says, “a chosen race, a royal priesthood, a holy nation, God’s own people, in order that we may proclaim the mighty acts of him who called us out of darkness into his marvelous light” (1 Peter 2:9).

God’s mightiest act is, of course, salvation. Since Jesus promises that those who proclaim it will work mighty acts themselves in his name (see Mark 16:15-18), this means that those of us who proclaim salvation will do some pretty amazing things. But we can’t do this as long as we are one of the world. Honestly, it is easier! Being part of the world is like being part of a shoal of fish swimming downstream, but even a dead fish can do this! However, to swim upstream against the current—going against peer pressure, going against political correctness, going against the wish and will of the majority—takes courage. It is brave; it is heroic; it is grand, and it carries us to our destiny.

If we happen to be in a wilderness now, we have been taken out of the stream of the world. And—to continue the analogy—although we might feel like a fish out of water, choking and gasping for breath as we try to deal with the difficult situations we are going through at the moment, we will soon realize that we are being fed with water from a different stream. It’s the stream of living water, the Holy Spirit, and drinking this will sustain us through our time of difficulty. Once the hard days are over, it will allow us to live the extraordinary life we are called to live.

So, dear friend, don’t try to fit in. You are meant to stand out. Destiny awaits.