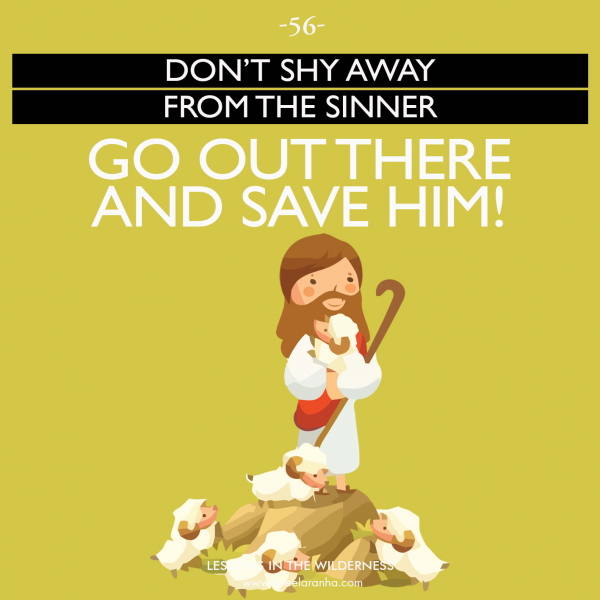 Here’s a question to get us started today. If you happened to walk by a lake and saw a man drowning, what would you do? I hope you’ll say you will jump in and try to save him or call out for help if you don’t know to swim. You wouldn’t throw stones at the drowning man now, would you?

And, yet, this is what we often do with people who might be drowning spiritually. Instead of getting the guy out of whatever mess he has gotten himself into, we throw stones at him. And not just that; we encourage others to stone him as well. Only when we are the ones drowning in the water can we truly appreciate how terrible this can be, which is why God will occasionally permit a situation to let us get a taste of how it feels to be drowning.

Faithful for years to our spouse, we have contempt for all those who cheat on theirs until we fall terribly and hopelessly in love with someone we meet. Resistant to the lure of alcohol, we mock those who drink until something catastrophic happens, and we hit the bottle like we were born to it. Proud that our children are growing up so well, we are scornful of those whose kids have gone astray until we suddenly find that our son is doing drugs or our daughter is leading a promiscuous life.

If we happen to be in such a position right now, let us not be too distressed. God isn’t going to let us drown. He just wants us to know what it feels like to fall from grace so that we are sympathetic toward those who are drowning. In Scripture, they are compared to lost sheep. Jesus says that God is so concerned about even one lost sheep, he will leave all the other sheep in his care to find him (see Luke 15:3-7).

“But why would the shepherd leave the other sheep to go find one?” you may ask. “Doesn’t he care about them?” He does, but while he goes looking for the lost one, he hopes they will look out for each other. He also hopes that they will be concerned for the one that is lost and not run into their pens and lock themselves in and their brother (or sister) out because they think they are a hopeless case (or cause).

If you are one of those sheep who is lost, scared, and lonely, bleating pitifully in the hope someone will hear your cry, take courage. Jesus is coming for you. He will not stop looking for you until he finds you. And if you are one of those in the fold, go and look for him too. If, for some reason you can’t, appeal to the shepherd to find him. Never forget, it could easily be you. It’s a big world out there, and anybody can get lost in it.