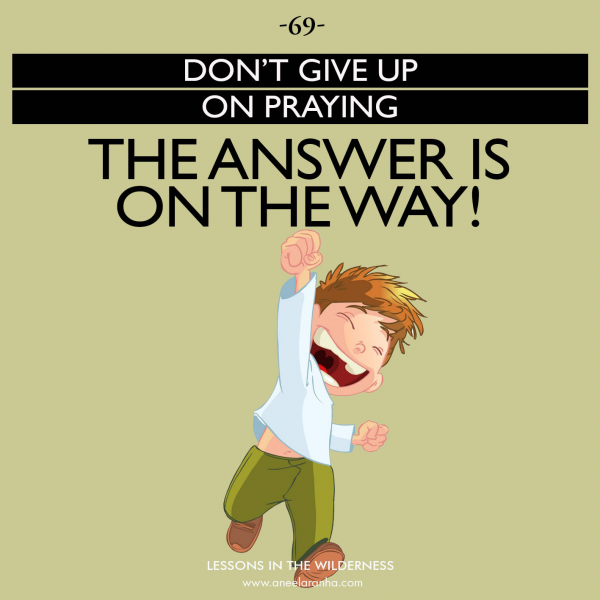 Does it sometimes feel like God is deaf to our prayers? We have been praying for a life partner for the longest time, or the gift of a child, or healing from a long sickness, but our prayers are not being answered. We should resist the temptation to give up because God has not only heard our prayer; he has answered it as well. So, why the delay then, you might ask? Daniel (of the lion’s den fame) might have an answer.

Daniel once received a vision from God. Not understanding the vision, he prayed and fasted for three weeks when an angel finally appeared to him with an explanation of his vision. “Your prayers were heard the very first day you made them,” the angel told him, “and I was sent in response to them. However, there were forces that blocked me until God sent some reinforcements to help me get through” (see Daniel 10)

We often forget that we are engaged in a spiritual war, with the forces of darkness arrayed against us on four levels. “Our struggle is not against flesh and blood, but against the rulers, against the authorities, against the powers of this dark world and against the spiritual forces of evil in the heavenly realms” (Ephesians 6:12). Every prayer we make is met with opposition. It took Daniel 21 days of praying and fasting to see his prayer answered. Can you imagine if he hadn’t been doing this?

God hears our prayers the moment we make them and, if our motives are good, directs his angels to answer them. However, they sometimes get stuck! It’s like placing an order on Kickstarter, a platform that helps bring projects to life. The order is acknowledged and accepted, but there are often delays. I am still awaiting the delivery of an order I made two years ago! I know it will come, so I am patient and persistent in following up.

Patience and persistence are the keys to having our prayers answered. When Jesus told his listeners the Parable of the Persistent Widow, it was “to show them that they should always pray and not give up” (Luke 18:1).

Dear friend, your angel is on the way!