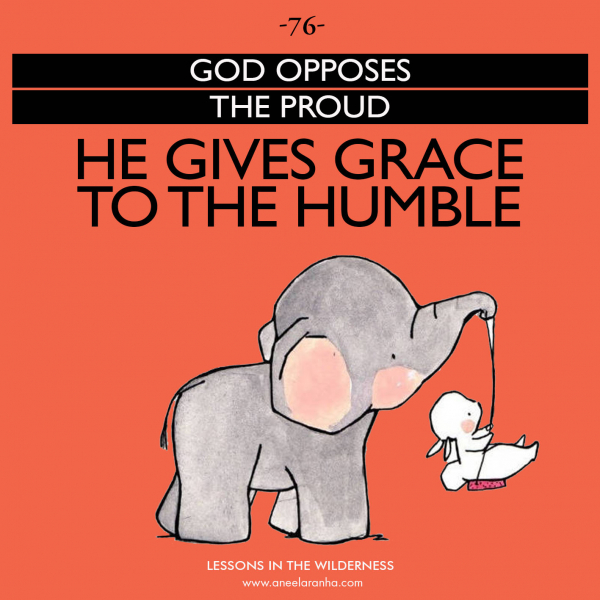 We often run after fame and fortune, wanting to see our name in lights. We want positions of importance and power. We seek glory and honor. Even the apostles were not exempt from this desire. They constantly argued among themselves about who was the greatest among them. Jesus finally called them together and said, “You know that rulers in the world lord it over everyone else. But if you want to become great you must be the servant of everyone else” (cf. Mark 10:42-43).

Jesus didn’t have any problem with their desire to be great; it was the *method* he took exception to. Greatness didn’t come from exalting oneself or having others exalt us; God, himself, would exalt us! However, that required humility. “For all those who exalt themselves will be humbled,” Jesus said at another time, “and those who humble themselves will be exalted” (Luke 14:11).

As an example of how this works, look at John the Baptist. When introducing him, Scripture says: “In the fifteenth year of the reign of Tiberius Caesar—when Pontius Pilate was governor of Judea, Herod tetrarch of Galilee, his brother Philip tetrarch of Iturea and Traconitis, and Lysanias tetrarch of Abilene— during the high-priesthood of Annas and Caiaphas, the word of God came to John son of Zechariah in the wilderness. “

That was a mouthful of names, a veritable Who’s Who of powerful people of their time. Caesar: emperor. Pilate: governor. Herod, Philip, and Lysanius: all rulers. Annas and Caiaphas: high priests. But the word of God bypassed all these most important, learned, and influential men to come to a man in the wilderness who ate locusts and wild honey and ranted at people. Why? Because this man was in the wilderness, seeking God in all humility.

If one wants to see the face of God or hear his voice, one has to move away from the noise that surrounds us into the quiet of the wilderness. This wilderness need not be the desert that John the Baptist went into. It is any place of solitude where we can seek God without distractions. This is why Jesus advised, “But when you pray, go into your room, close the door” (Matthew 6:6). He is speaking of the need to isolate oneself with God.

In this isolation, where we seek the face of God to the exclusion of all else, the word of God will come to us too. And God will lift us, just as he lifted John the Baptist and the apostles (who eventually learned to be humble in imitation of Christ). That is why Scripture says: “God opposes the proud but shows favor to the humble” (James 4:6).