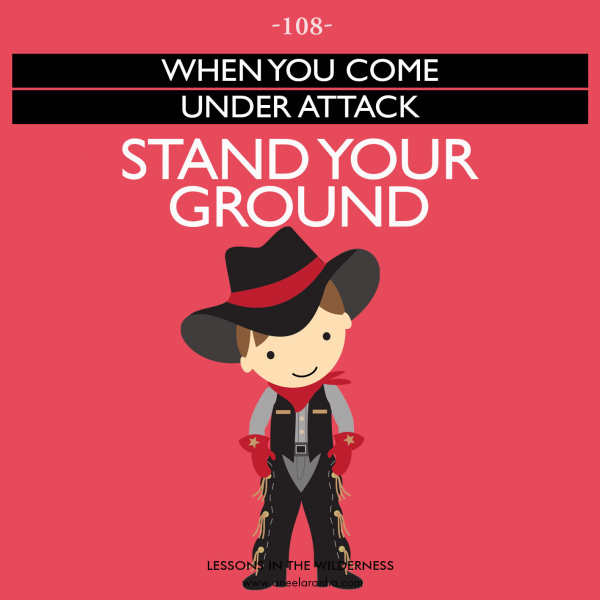 Life isn't easy. We face constant opposition from people from all walks of life, with various agendas to fulfill. The attacks can be highly vicious and crippling and cause tremendous injury to self-esteem, reputation, even body. Very often, we face similar attacks at home. Domineering and oppressive parents, nagging and critical spouses, disobedient and hostile children can make life very difficult. What do we do?

As Christians, we are told not to retaliate, but that is easier said than done. Every instinct within us urges us to hit back, harder if possible. And if we are strong enough and powerful enough, it is very much within our ability to cause some significant damage to those who hurt us. How can we resist the urge?

The first thing is to decide if we want to walk in imitation of Christ, who "humbled himself by becoming obedient to death — even death on a cross," or be prideful people who demand vengeance. If we decide to be like Jesus (hopefully, we all do!), it leads us to the question: how?

By understanding that "our struggle is not against flesh and blood, but against the rulers, against the authorities, against the powers of this dark world and against the spiritual forces of evil in the heavenly realms" (Ephesians 6:12). When we hit back against a person, we play right into the enemy's hands because then he has us fighting each other instead of fighting him, which is just what he wants!

In this lies the solution. We have anger within us, even perhaps rage, but we can use it against the one who is causing all the trouble and hurting *him*. One way of doing this is by retaliating in love rather than hate. Another way — and this really damages him! — is by drawing people away from him and toward God. Of course, it is only love that can do this.

"And," you may ask, "what do we do about the attacks?" Stand firm! Paul tells us to do this four times in the passage where he tells us who our real enemy is (see Ephesians 6:10-18). Stand still! Stand your ground! Have you ever watched a Western where there is a showdown between the good guy and the bad guy? The one who wins is the last man standing. And the last man standing is *always* the good guy. Remember that and be God's good guy. Stand your ground.