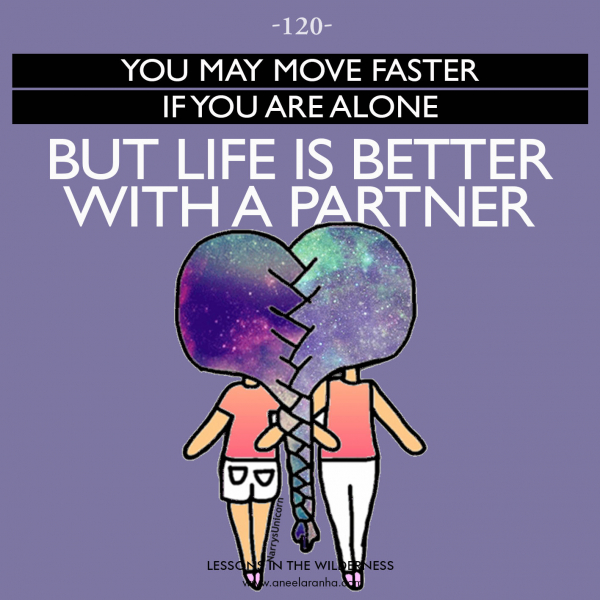 Introverted people are solitary people. I should know because I am one. However, although we might be able to move faster on our own, there are dangers in playing it solo. As the wise King Solomon once said: "Two are better than one, because they have a good return for their labor: If either of them falls down, one can help the other up. But pity anyone who falls and has no one to help them up" (Ecclesiastes 4:9-10).

This is why Jesus always sent his disciples out in pairs. Calling the Twelve to him, he began to send them out two by two and gave them authority over impure spirits (Mark 6:7). He did the same with "seventy-two others, sending them two by two ahead of him to every town and place where he was about to go" (Luke 10:1). Sending them out in pairs effectively cut the number of towns by half, but that was alright by him.

God, of course, recognized the principle of twos in the very beginning, which is why after creating Adam, he said, "It is not good for the man to be alone. I will make a helper suitable for him" (Genesis 2:18). And he created Eve. A caring and understanding (and forgiving!) spouse can be the best partner one can hope for, but in the absence of a spouse, we need a good friend whom we can trust and depend upon.

The reasons are not hard to see. Working in pairs ensures mutual support, as we have already seen. It increases confidence because you know someone has your back. It reduces the burden considerably as some of the load is shared. It makes for an effective witness as one person can back up what the other person says, and rush to the defense if required. It also reduces the danger of pride because it becomes a team effort. And, of course, there is the joy of companionship — it can get lonesome on your ownsome.

Unfortunately, good friends are rare and hard to find, almost as tricky as finding a suitable life partner, which means we may need to enlist some divine assistance. I found one of my closest friends through prayer, and he has proved to be as solid as a rock. I have worked with him on missions, which have been among the most successful missions I have been on.

I pray you get a friend like him (if you don't have one already) and a wonderful life companion if you are looking for one. This is my prayer for you today.

Tweet
More in this category: « Christians United Count Your Blessings »
back to top
© 2004 - 2023 Aneel Aranha