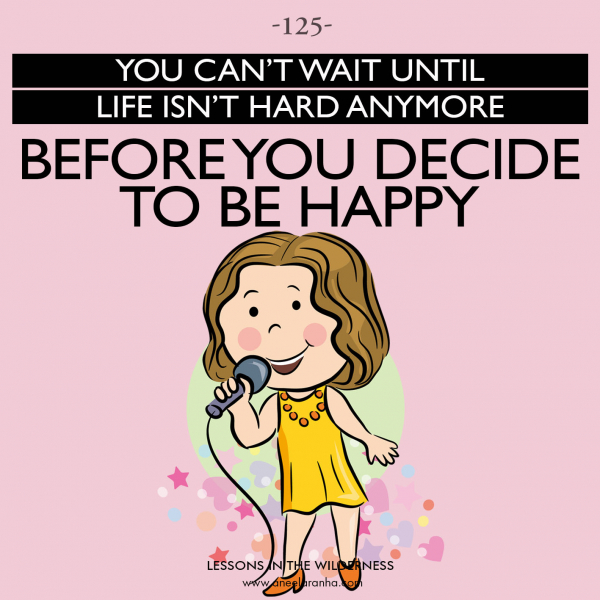 Early this morning, I had a dear friend tell me she was diagnosed with cancer again (she had miraculously recovered the first time). At the same time, I had another dear friend send me a video of a song sung by a cancer patient named Jane "Nightbirde" Marczewski that brought tears to my eyes. It was a recording of her first performance on America's Got Talent, where she got the Golden Buzzer. However, she could not compete in the quarterfinals because of her worsening health. She succumbed to cancer last week.

What inspired this article was Jane's attitude. She knew she was dying — the cancer had metastasized to her lungs, spine, and liver, and her chance of survival was 2%. However, she looked beatific, and I was reminded of how Luke described Stephen's face as he stood in front of the Sanhedrin facing death. "They saw that his face was like the face of an angel" (Acts 6:15). Toward the end of the show, Jane said something as wonderful as the song she sang: "You can't wait until life isn't hard anymore before you decide to be happy."

Life is hard. It's *very* hard for many. But we cannot use that as an excuse not to be happy. I don't know what Jane's religious persuasion was (and it doesn't matter), but as Christians, we have a reason to be happy that goes beyond any hardships we may face while we walk upon this earth. It comes from the knowledge that no matter what happens to us, another world awaits us when this life is over, and it is a fantastic world.

This is the reason why people like Paul were always so joyful, even in the midst of terrible struggles. (If you think you have it tough, you need to take a look at Paul's life.) He kept encouraging his readers to rejoice. His letter to the Philippians is the most joyful letter he wrote. He used the Greek words for joy and rejoicing sixteen times in only 104 verses! What makes it particularly striking is that he wrote it from a dingy Roman prison which is the last place you would expect one to feel joy.

Life is short, dear friend. We think we have forever when we are young, but the years pass by very quickly. Live every moment you have to the fullest, regardless of what comes your way and how tough things are. Live it joyfully, as Christ intended. And at the end of your life, he will press the Golden Buzzer for you taking you straight into heaven.

P.S. Click here to watch the video I referenced: https://youtu.be/CZJvBfoHDk0