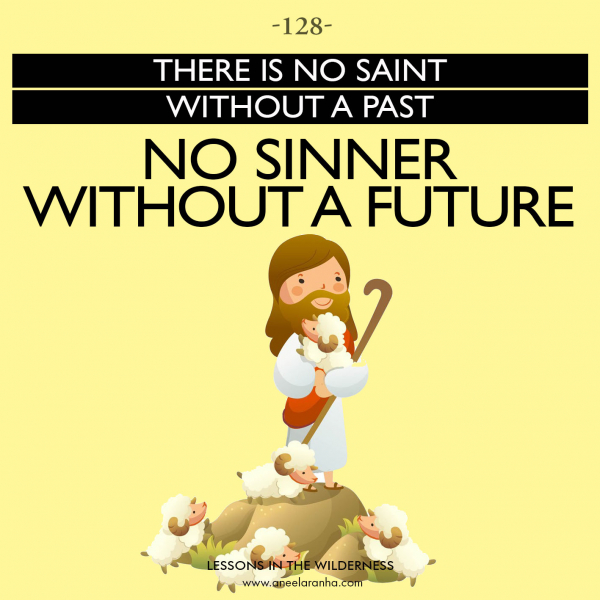 "There is no saint without a past and no sinner without a future." While confusion surrounds the origin of this quote — some attribute it to St. Augustine; others to Oscar Wilde — nothing is confusing about the truth of this statement. The latter half is especially true, which should bring hope to all sinners. (Truth be told, that is all of us, for Scripture says "all have sinned and fallen short of the glory of God" (Romans 3:23), although some will protest they are "good" people.)

In the time of Jesus, sinners believed they were damned and on a one-way ticket straight to hell. In the context of those times, "sinners" were the people the religious leaders judged as such because they didn't follow the prescribed rules! These weren't just the Ten Commandments; it was 613 other laws as well!

Believing that following these rules would take them to heaven, these leaders scorned everybody who didn't belong to their club. They didn't seem to realize they were as sinful as the people they ostracized and as much in need of salvation. Jesus' attempts to make them realize this came to naught, leading him to tell them that the prostitutes and tax-collectors (both representational of "sinners" and both groups of people the leaders scorned) were going to beat them into heaven (Matthew 21:31). How that must have stung!

However, in consorting with people like these (he even chose a tax-collector to be his apostle), Jesus demonstrated both his love for the sinner and his plans for them, "plans to prosper them and not to harm them, plans to give them hope and a future" (Jeremiah 29:11). And in accepting his love by turning away from their lives of sin, they all became transformed people. In most of his letters, Paul would address future generations of repentant sinners as "saints."

Today's little reflection is especially for the "sinners" out there who feel condemned and ostracized and believe there is no hope for them. Jesus is calling you to himself today and promises you rest for your weary soul. We cannot find this rest anywhere else. Or any other way back home. I should know, because like Paul, I can say, "Christ Jesus came into the world to save sinners —of whom I am the worst" (1 Timothy 1:15). But now I have rest and am home and it is wonderful.

So, dear brother and sister, come home too. There is a feast waiting for you and great jubilation because, as Jesus says, "there will be more rejoicing in heaven over one sinner who repents than over ninety-nine righteous persons who do not need to repent" (Luke 15:7). Let there be rejoicing in heaven today! And once you come home, let us go out and bring our other brothers and sisters home too. While we still have time.