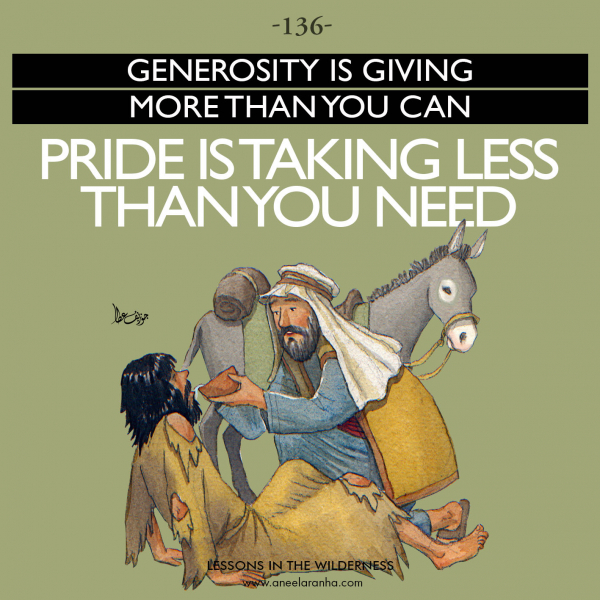 God loves a cheerful giver, and many of us are blessed with a generous spirit. In moments of calamity, we find ourselves rising to the occasion, reaching out to help those in distress even at the risk of personal discomfort. I am now thinking of the Polish people who have allowed hundreds of thousands of Ukrainians to cross the border dividing them. They are not, however, just giving them refuge in their country. Ordinary Poles have opened their homes to people, allowing them to stay with them!

I am sure we find these displays of generosity heartening and are inspired to similar acts of kindness, especially because one never knows when the shoe might be on the other foot, and we might be the ones in need of assistance. The problem is that we often believe we are safe — until we are not. We think we are safe from terrorist attacks — until a group of them fly planes into our tallest buildings. We believe we are safe from war — until a dictator like Saddam invades our country. We think we can never meet in an accident and need blood — until we get into a 21-car pile-up! We believe we can never get mugged and left on the sidewalk bleeding — until that rubber cosh lands on our skull!

How would it feel if we were to see people pass us by and ignore us if that happened? Jesus spoke about such an incident where a man was beaten by robbers and left to die. A priest passed by and ignored him, possibly because he had a service to minister. A religious scholar passed by next and ignored him too, perhaps because he had to indict someone for a misdeed. Fortunately, a Samaritan happened by next, and although he was considered an outcast, even by the injured man, he came to help. "Which of these three," Jesus asked somewhat unnecessarily, "do you think was a neighbor to the man who fell into the hands of robbers?" (Luke 10:36).

Let us be generous toward those who need our assistance. But, when the roles are reversed, let us be careful not to accept too much. The Lebanese poet and artist Khalil Gibran once said: "Generosity is giving more than you can, and pride is taking less than you need." Simply put, if somebody needs $10 to eat for a day, you give him $20, so he can eat the next day as well. That's generosity. However, if you are the receiver, you return $10. That's pride. It's also generosity because it means that you're not just thinking of yourself; you're thinking that somebody else can eat as well.