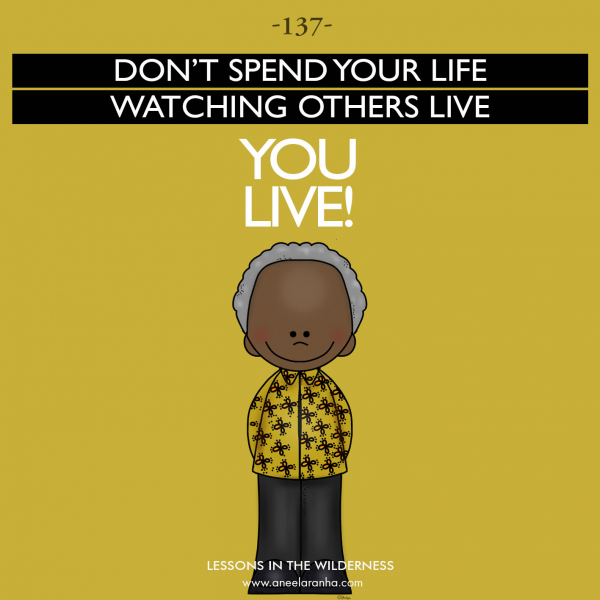 One of my favorite shows is America's Got Talent because it showcases some of the extraordinary gifts that God has given his children. However, that is not the only reason I like it so much. It also tells the stories of people who have reached there despite tremendous odds. These stories offer immense hope and encouragement, and it is something all of us can use in these days of despair and misery.

Yesterday, I watched a comedian named Kevin Schwartz perform. He was a 49-year-old man who was so nervous I found myself cringing as he spoke. But then I read his story. Kevin had anxiety issues as a child, which only grew into agoraphobia (a disorder in which you fear and avoid places or situations that might make you feel trapped, helpless, or embarrassed).

Kevin stopped going out of the house until many years later, when his doctor persuaded him to step out for a few minutes each day. When he was eventually confident enough to move around the block, his doctor urged him to get on a stage and do stand-up comedy because he seemed to have a talent for it. Not very long after, he ended up auditioning for America's Got Talent. When asked how he felt, he said, "I've not lost my fear, but instead of watching other people live, I want to live!

I see so many people who struggle with anxiety, fearful of doing what they see other people doing. I hope they can take hope from men like Kevin, who don't believe fear is a valid reason to stop them from doing things. Nelson Mandela would agree as he said: "I learned that courage was not the absence of fear, but the triumph over it. The brave man is not he who does not feel afraid, but he who conquers that fear."

We don't have to go bungee-jumping or white-water rafting to prove our courage (although I won't dissuade you if you have the mind to), but we *must* overcome those fears that cripple us from living a life of victory. The believer is helped by knowing that he has the Spirit of God dwelling within him. "Do you not know that your bodies are temples of the Holy Spirit, who is in you, whom you have received from God?" (1 Corinthians 6:19). This is the same Holy Spirit who breathed life into the universe. Why should we be afraid? Let us hold his hand and step out in boldness.

So, dear friend. Don't spend your life watching others live; you live!