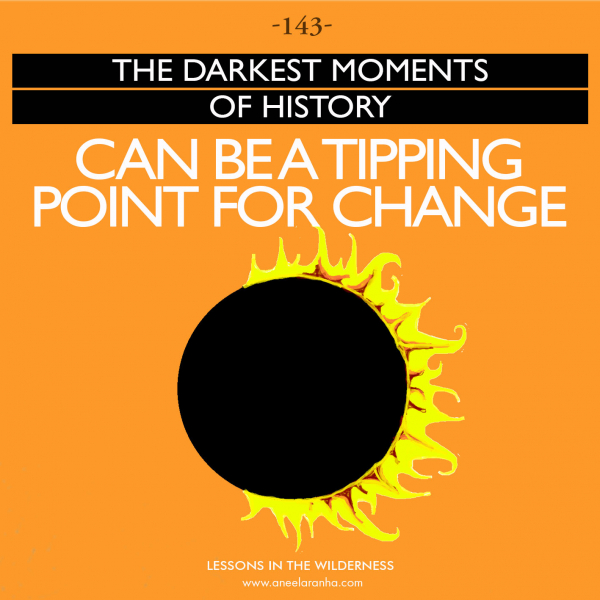 Back on earth in an attempt to change the future, Admiral Jean-Luc Picard of the USS Enterprise tells a cynical friend who doesn't hold much hope for the human race because it's about to self-destruct: "History's darkest moments can be a tipping point for change." I agree, not simply because I am a die-hard optimist like Picard, but also a person of faith. (Perhaps the two go together) Besides, human history has revealed that there is always great light after periods of terrible darkness.

We see this truth reflected in Scripture. After King Solomon died in around 930 B.C., the kingdom split into a northern kingdom, which retained the name Israel, and a southern kingdom called Judah. There were occasionally good and god-fearing kings who ruled wisely and well. These led to periods of prosperity. However, instead of turning toward God in gratitude, they turned away from him, using the blessings they received to lead lives of indulgence and depravity.

Eventually, as happens when we overspend and run out of credit, they ran into hard times that became progressively worse. Only when things became really terrible did they turn toward God again. And then the good times come, and the who cycle repeats itself, ad nauseum.

I believe we are in another terrible period of human history, but the good news is that in a few years (if not a few months), there will be people turning to God as the only solution to their problems. Those of us who believe in him must get ready to guide them back home. For this, we need to be well acquainted with our God. This isn't possible without much intimacy, which can be obtained only through time spent with him in personal prayer and a deep understanding of his Word.

I gave a talk on personal prayer last week, and although it included a very unexpected emotional outburst (sorry!), it is worth a watch for the lessons it teaches. When we are all well-rooted in Christ, we can be his welcoming face to those who will seek him very soon. This time, however, let us learn from history because, as the saying goes, those who don't learn from history are condemned to repeat it!

(P.S. For those of you who don't know who Jean-Luc Picard is, watch the new series on Amazon; it's wonderful!)