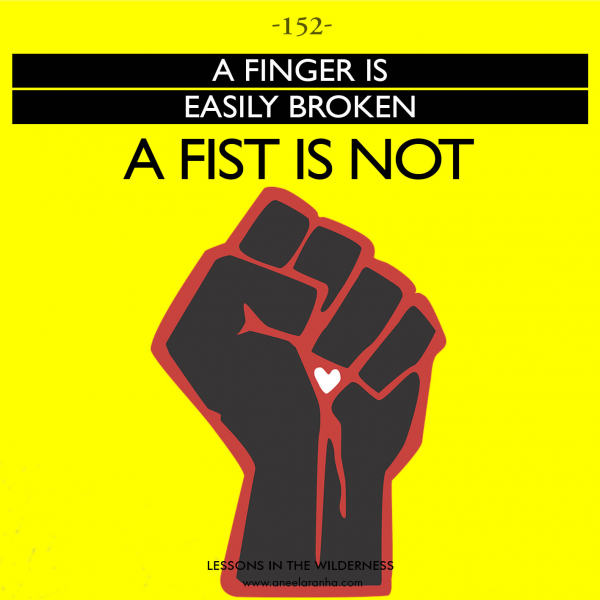 Have you heard the saying, "The enemy of my enemy is my friend"? It is an ancient proverb that means two people (or groups of people) can work together to combat a common enemy despite their differences. We see an example of this during World War II when America, England, France, and Russia banded together to defeat Nazi Germany.

In truth, we only have one enemy: the devil. If we put aside our differences and come together to fight him, we will win our battles in a war that has already been won about two thousand years ago. As it is, however, he chortles in delight as he watches us fighting each other instead of fighting him.

I find this bewildering. We all claim to understand the truth, which I am assuming is the great love of God (and for God!), and then try to force-feed this truth into everybody else. If they don't accept our version of it, they become the enemy!

Can somebody explain this to me, please, because I truly don't understand it! I don't think the apostle John could either. He once said: "Whoever claims to love God yet hates a brother or sister is a liar. For whoever does not love their brother and sister, whom they have seen, cannot love God, whom they have not seen" ( 1 John 4:20). Doesn't this make sense?

"But," you may ask, "Doesn't the truth matter?" It most certainly does. And I just spoke about some of the more essential elements of it. We will never have a complete grasp of the truth, no matter how wise or spiritual we might be because we are trying to fathom divine mysteries with the human mind. One day we will get to heaven, and God will explain it all to us. Until then, let us unite and take the fight to the devil. Unless, of course, we would rather fight with each other and let the devil drag us to hell as we argue with our brothers and sisters that we are the only ones who will make it to heaven!