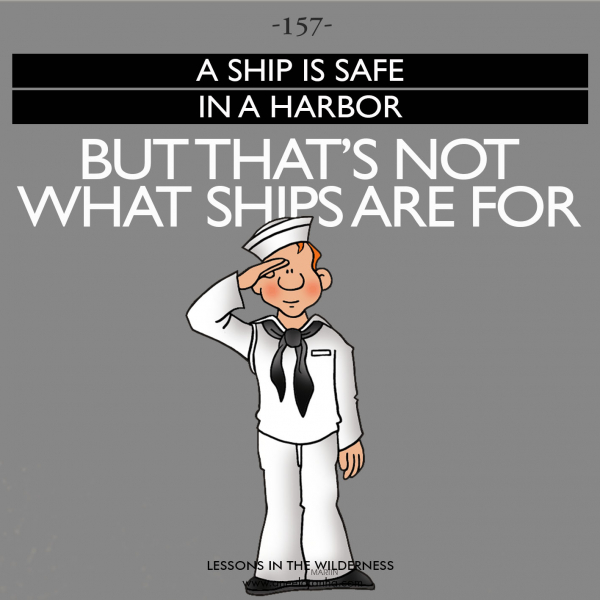 Thomas, the apostle, is legendary as Doubting Thomas. But once his doubts were clarified — in a very dramatic fashion at that; he put his hand into Jesus' side to ensure he was real — not only did he become a Believing Thomas, he became a Go-Out-And-Get-Them-Thomas too. He traveled outside the Roman Empire to preach the Gospel, traveling as far as the Malabar Coast in modern-day Kerala. He is believed to have established seven churches there.

Now, I want us to reflect on something. The distance from India to Rome is 6,571 kilometers. The flying time is about 8.5 hours. But in Thomas' time, there were no aircraft, and he had to make a perilous journey by ship that would have taken him weeks. Why would he travel so long and so far, risking life and limb, unless he was totally convinced about Jesus, that he was the Son of God come down to redeem humankind? Yes, he had needed some proof, but once he got it, he totally believed!

Now, once he believed this good news — nay, amazing news — then he became duty-bound to share it with others because Jesus' death and resurrection meant the death and resurrection for everybody else who believed. He could have stuck in Rome and spoken to the Romans about this fantastic news, but others were doing that. He wanted to reach out to everybody, even as far away as India, and he didn't mind putting his own life in jeopardy so that others could have life — eternal life.

But it wasn't just a matter of reaching his destination. Once Thomas reached India, he had to talk to the people, and since he didn't speak the language, he first had to learn it to communicate with them! Then he had to tell them about Jesus, somebody they had never heard about before, and the stories would have been decidedly strange. Virgin birth. Miracle-filled life. Passion and crucifixion. Glorious resurrection. Ascension into heaven. And then, once he told them the story, he had to make them understand how they would receive eternal life if they believed in Jesus.

As you can imagine, this wasn't an easy task at all. Yet Thomas did it. The other apostles did it. People who followed them did it as well. So what has happened to us? We are stuck in our comfort zones, safe in them. Ships are safe in a harbor. But that's not what ships are for. That's not what we are for either. So, let's get moving.